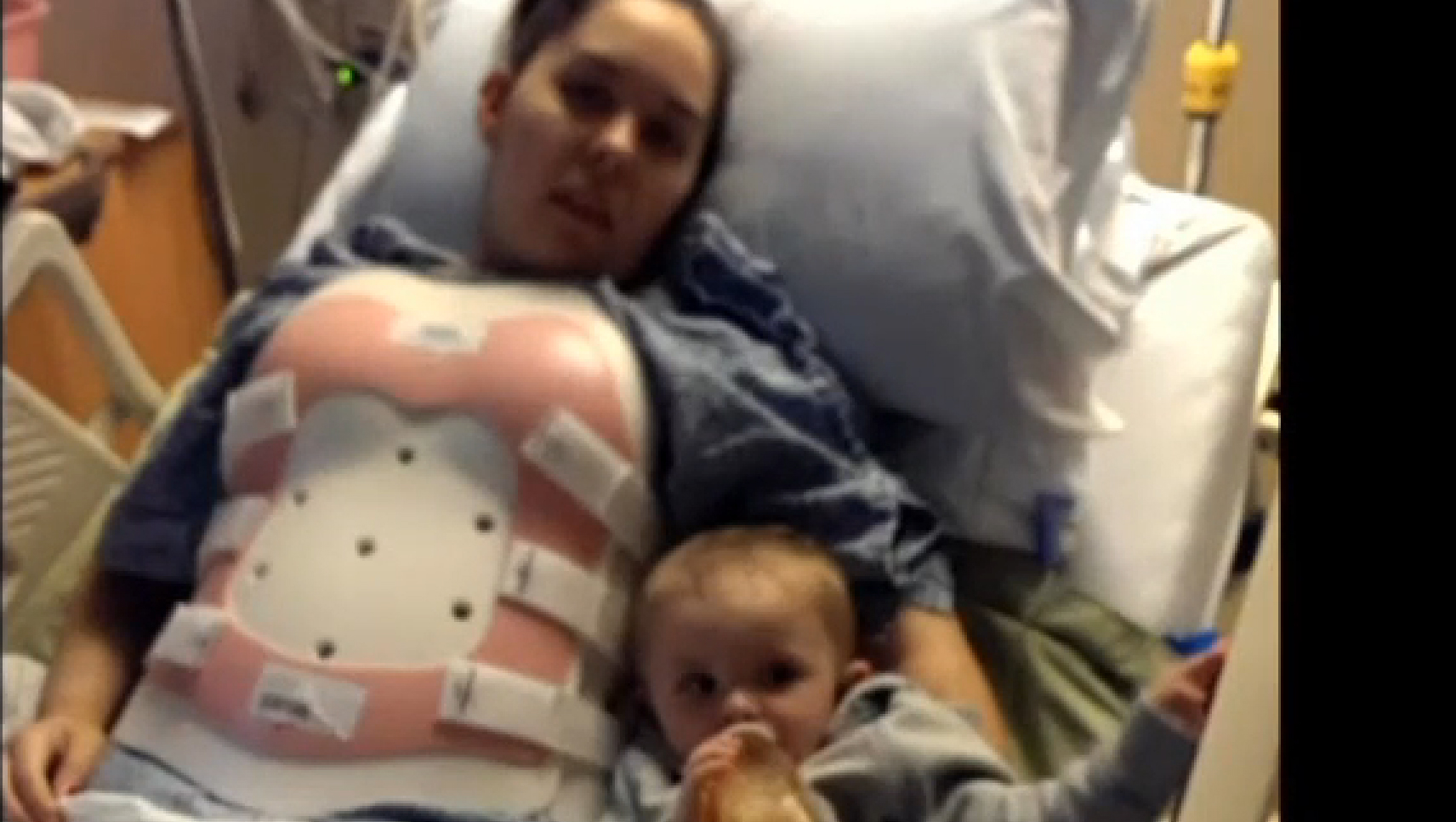 HAVERHILL, Mass. - Lying in her hospital bed, Christina Simoes knows she may never walk again, but she says she's thankful she and her toddler son are alive after she jumped from a burning building with him in her arms.

When fire broke out Wednesday in their apartment complex, Simoes, 23, realized there was only one way to save her 18-month-old son, Cameron.

"I grabbed my son and I held him as tight as I could to my chest and I gave him a kiss and a hug, and I told him I loved him and I jumped out the window," Simoes told CBS Boston Sunday from her hospital bed.

"I didn't think about it. All I was thinking about was getting him out of there. He mattered way more than I did," she said.

Simoes said she was lying in the bed with Cameron when she saw smoke in her window and jumped up.

"That's when I saw the flames were only 10 feet away from where I was standing," Simoes recalled.

With the fire spreading rapidly, Simoes said, she had no choice but to jump from a second-story balcony, holding on to Cameron for dear life.

Simoes suffered severe back injuries and doctors are not sure whether she will be able to walk again. Cameron is doing just fine.

Though she is still in a lot of pain, Simoes told CBS Boston just holding her son in her arms is the greatest Mother's Day gift she could ever receive.

"I'm having a good day," she said from the hospital. "My whole family is here, my son is here. It's magical, I mean there's nothing that feels better than having everybody here with me."

She will remain in the hospital for at least 10 days before beginning rehab.

Despite her incredibly brave act, she says she is not a hero for saving her son.

"I don't think that I'm any special hero at all. I'm just Cameron's mom," Simoes said.

The cause of the fire is still under investigation.