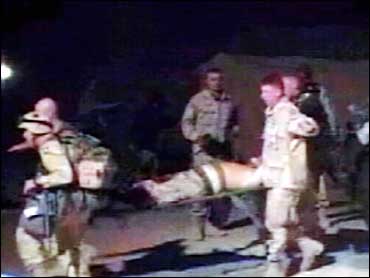 An Army sergeant convicted by a military jury of murdering his own men could get the death penalty at a sentencing hearing that begins Monday.

The attack came in the middle of the night, on March 22, 2003, killing two of his comrades and wounding 14 others

Akbar and thousands of other 101st Airborne Division troops were in Kuwait, on the eve of invading Iraq.

For the troops who thought they were under attack, it was a frightening time.

Sleeping nearby was CBS News Correspondent Mark Strassman, who was embedded with the 101st.

His report was one of the most compelling of the war, and was shown again on The Early Show Friday.

One Strassman report filed at the time
.
And another
.

How to Tip This Holiday Season