Older persons who were not able to walk or climb stairs on their own prior to a hip fracture are more likely to have poor outcomes six months after suffering a break than those who could walk independently before the fracture, according to a new study.

Until now, there has been very little research looking at predictors of mortality and function in patients with hip fractures--a common clinical condition that afflicts more than 300,000 elderly persons each year in the United States. It is also a frequent cause of death and disability in the elderly.

In this study, researchers analyzed data on 571 patients aged 50 years or older who had suffered a hip fracture and were admitted to four hospitals in the New York City area between August 1997 and August 1998. They found that patients who had poor ability walking prior to the fracture, who lived in a nursing home or had a paid helper at home tended to fair poorly 6 months after the fracture in terms of their ability to move around and their risk of death.

"Those factors are predictive of how well a patient fares six months down the line," says senior author of the study, Albert Siu, MD, MSPH, professor of medicine at Mount Sinai School of Medicine in New York. "The results showed a need to not only better understand how to improve those outcomes, but also to take reasonable steps now based upon what is known already to improve the outcomes."

Researchers focused on the death rate in the hospital and at six months after a hip fracture, locomotion status (the patient's ability to walk and climb stairs), and adverse outcomes, which means death, or a patient's need for total assistance to move around. They found that 1.6% of patients died in hospitals and 13.5% died at 6 months. Another 12.8% of patients needed total assistance to function.

Researchers say patients' functioning level prior to the fracture and the presence of dementia (Alzheimer's disease) or other chronic medical conditions can be used not only to predict outcomes for patients but also to look at how hospitals and health plans may be performing in this area.

"Healthcare organizations should really think about how to improve the continuity in communication with these patients," says Siu. "Patients and their caregivers need to find out from their doctors what to expect in terms of care and outcomes."

Joseph Zuckerman, MD, chairman of the department of orthopedic surgery at the NYU-Hospital for Joint Diseases and professor of orthopedic surgery at New York University School of Medicine, says that the findings highlight the importance of a pressing public health issue. The number of persons suffering from hip fractures is to double in the next 40 years when the baby boomer generation enters retirement.

"Our ability to treat this significant and growing public health problem is of paramount importance," says Zuckerman. "Any research that helps us understand those factors that can predict outcomes in geriatripatients who sustain hip fractures is important, particularly research that shows how we can improve the outcomes in this population."

Zuckerman points out that many factors that predict the outcomes of hip fracture patients are factors beyond one's control, such as the patient's age, sex and medical problems before the fracture. "But it is more important to identify those factors that we can control and impact upon," says Zuckerman. "Those are the ones that we can really make a difference."

For example, in the managed health care environment, hip fracture patients are sent out of the hospitals quickly, often before they have full or partial control of their functionality. Zuckerman says that patients could be kept longer in hospitals so they could be at least partially functional.

"There are ways to decrease the risk of hip fractures," says Zuckerman. "However, to treat the growing problem of hip fractures in this country, significant changes in how we provide care wilbe necessary. It will have to occur not only within the medical profession but to a significant extent, by the health care policy makers in the country."

The study is published in the June 6 issue of the Journal of the American Medical Association. 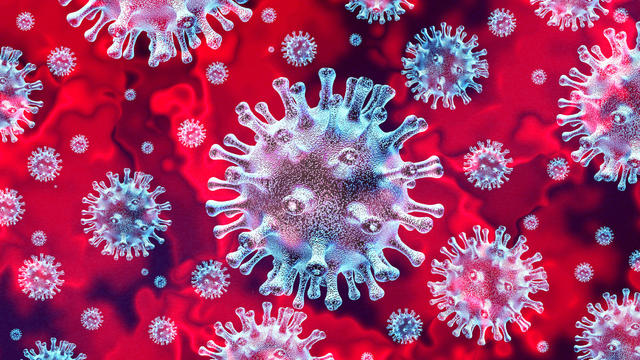 2-month-old dies from COVID-19 in Michigan

"And children are not spared from this disease either," Dr. Joneigh Khaldun during a coronavirus briefing.