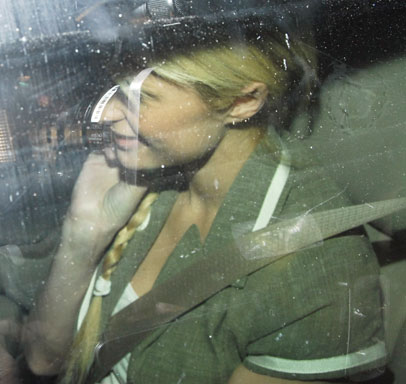 Oliver Stone's documentary on Fidel Castro has been postponed indefinitely by HBO, which had planned to broadcast the film next month.

Stone spent three days with Castro in February 2002 in an attempt "to portray the human figure." But HBO, which had promoted "Comandante" as "an unflinching portrait of the famous icon," said Stone's interpretation was undercut by the Cuban leader's recent crackdowns.

"In light of recent alarming events in the country, the film seems somewhat dated or incomplete," said HBO spokeswoman Lana Iny, who characterized the film as "still in the works."

Governments and rights groups around the world have condemned Cuba in recent weeks for its crackdown on the opposition, followed by the executions last week of three men convicted of hijacking a ferry filled with passengers in a bid to get to the United States.

At February's Berlin Film Festival, where "Comandante" was screened, Stone said his three-day encounter with the communist leader left a deep impression. "We should look to him as one of the Earth's wisest people, one of the people we should consult," said Stone, director of such features as "JFK" and "Nixon."

On Thursday, Iny said HBO is "talking to Oliver about going back to Cuba" to pose questions to Castro about the arrests and executions. "We'll have to look at what Oliver's able to do."

"To have provided a platform for Castro to try to whitewash his sins would have been an unforgivable insult to the thousands of men and women who suffer in his tropical gulag," said Jorge Mas Santos, chairman of the Cuban exile group.