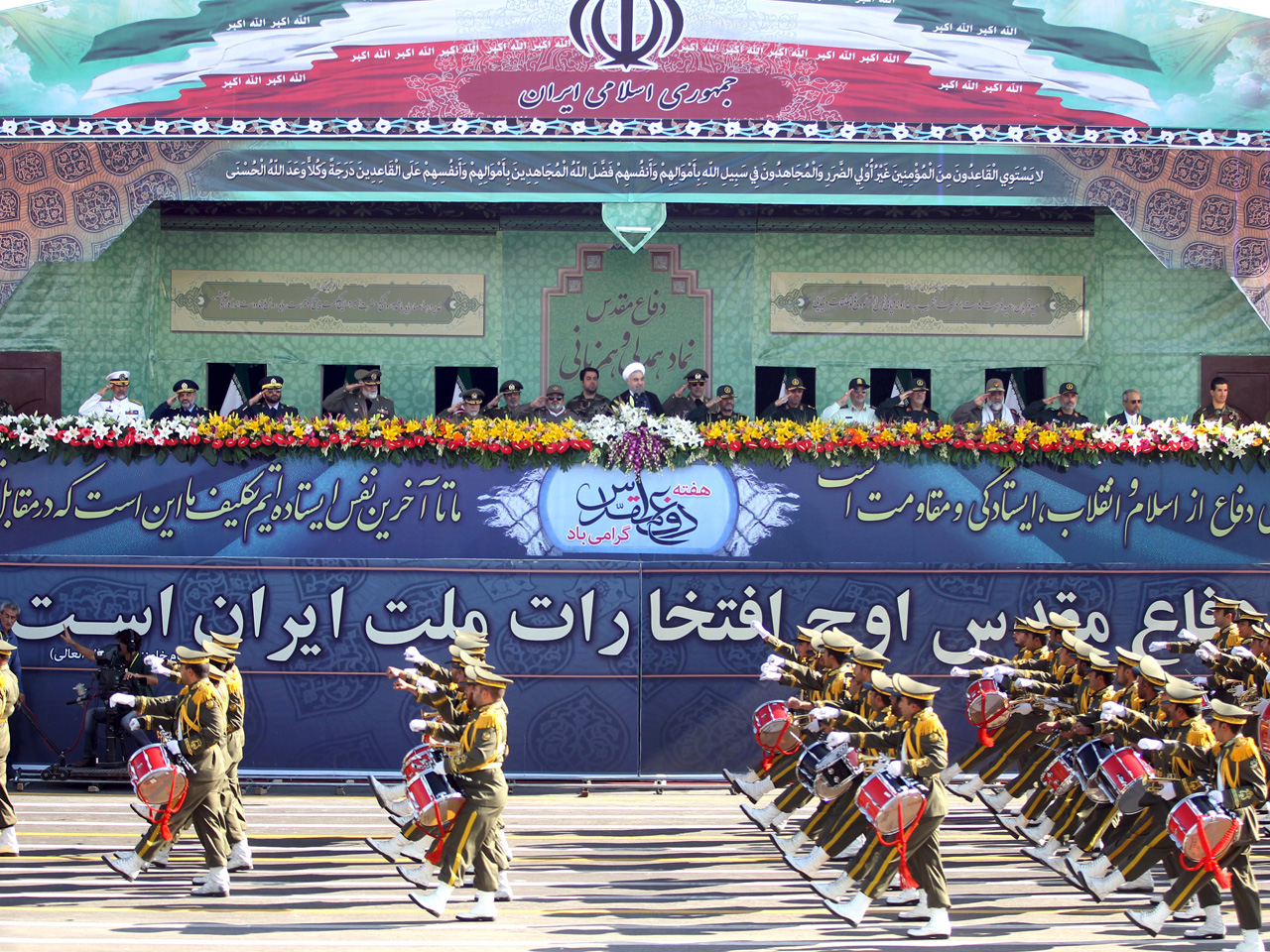 TEHRAN, Iran - The Iranian president lauded his country's military as the most reliable force to take on "terrorists in the region," a reference to the extremist Islamic State of Iraq and Syria (ISIS,) in a speech during an annual military parade Tuesday.

Hassan Rouhani offered military assistance to Mideast countries, saying that so far, Iranian troops "have helped both Iraq and Syria" in the struggle against ISIS but insisted that Tehran has no military intentions toward other nations.

The parade marked the 35th anniversary of the start of the ruinous, eight-year Iraq-Iran war.

In his speech, carried live by state TV, Rouhani said that if "terrorists begin to expand in the region, the only hope will be Iran's army and the Revolutionary Guards."

The Sunni militant ISIS group has seized a third of both Syria and Iraq following its blitz in the region last year, and has declared a self-styled caliphate on the territory it controls. Other Mideast countries, such as Egypt, Libya and Saudi Arabia, have seen the emergence of ISIS affiliates and groups that have declared allegiance to them.

Rouhani said Middle East nations should not put too much faith in "Western powers as their defenders. Today, our armed forces are the biggest regional power against terrorism."

Iran has already sent military advisers to neighboring Iraq and the Syrian government of President Bashar Assad, a key Tehran ally, to help in the battle with ISIS militants but denies sending ground combat forces.

In a recent interview with "60 Minutes," Rouhani said his country believes it's possible to cooperate with Western governments in the fight against ISIS, but that the fight is impossible without Assad in power.

"Look, in a county where a large segment of the country has been occupied by terrorists, and there is bloodshed inside the country, millions of people have been displaced, how is it possible that we fight the terrorists of this country without supporting and helping the government of that country?" Rouhani asked.

On Tuesday, Rouhani also made a veiled offer of Iranian help to Sunni rival Saudi Arabia, though he did not name the kingdom. The Saudis have been carrying out airstrikes in Yemen against Iran-backed Shiite rebels since March. The advance of the rebels, also known as Houthis, has forced Yemen's internationally recognized president into self-imposed exile in Saudi Arabia.

Rouhani's remark can be taken as an effort to reach out to the kingdom in the wake of a landmark deal struck in July between Iran and world powers over Tehran's contested nuclear program.

In Tuesday's parade, Iran showcased its surface-to-surface missiles including the solid-fuel Sejjil and the liquid-fuel Ghadr, both with a range of 2,000 kilometers (1,250 miles). Also on display were Russian-made S-200 and Tor-M1 surface-to-air missile system designed primarily to track, target, and destroy aircraft and cruise missiles.