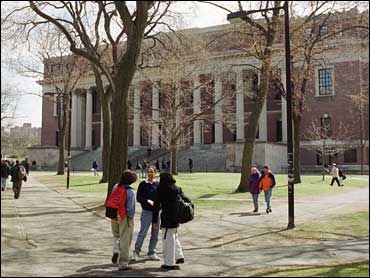 Harvard University has approved a student magazine about sex that will feature art, sex advice and fiction — as well as photographs of undressed Harvard undergraduates.

"We are aware of the fact that some segments of the population would find the contents distasteful," said Associate Dean Judith H. Kidd, a member of the 14-person board that approves all student organizations. "However, the committee considered this to be an issue of freedom of speech."

The committee, made up of faculty, staff and students, approved "H Bomb" magazine Tuesday with a 12-0 vote, with two abstentions. The vote lets the magazine's publishers apply for funding but does not guarantee money; when it would be published is uncertain.

The magazine cannot take its photos on university property, a policy that applies for all of the school's undergraduate publications.

Vassar and Swarthmore colleges also have sex-themed magazines, though H Bomb is the first such publication for Harvard.

The students proposing the magazine, Katharina C. Baldegg and Camilla H. Hrdy, have unlisted phone numbers and e-mail addresses, and could not be reached for comment by The Associated Press.

But Hrdy told WBZ-TV that there is a need for the proposed publication. "Just the fact that there's no publication that allows an outlet for what everyone's talking about seems kind of ridiculous," she said.

"What we are proposing is an outlet for literary and artistic expression that is both desired and needed, not a pornographic magazine," it read.