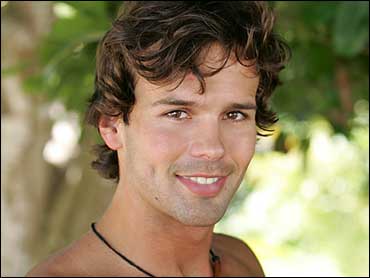 The lies were flying in the jungle.

Gary continued to lie about his past. Stephenie lied to Gary about the alliance. Judd lied to everyone about the hidden idol – then lied about whether he was a liar.

So it should be no surprise that a competitor who embodied integrity – lovable loser Bobby Jon Drinkard – was unceremoniously booted out of Guatemala.

But it took a Hail Mary miracle by ex-NFL player Gary "Hawkins" Hogeboom.

"I'm gonna pull out everything I have," he said, referencing a dramatic comeback he staged against the Detroit Lions back when he was famous.

The man who keeps lying about his identity was on the chopping block. But the quarterback flashed his A-game by finding the coveted immunity idol in the jungle to save himself.

It wasn't all skill, though. He got a little help from the conniving but careless Judd. The New York doorman, who had earned a clue about the hidden idol, told all but Stephenie that the 6-inch Mayan statue lay somewhere "on the ground." (In fact, he had learned that it was somewhere "not on the ground.")

But he was caught in his lie when Gary spied him looking skyward for the buried idol.

"I think it's pretty amazing Judd told everyone it's on the ground," said Gary. "Why is he looking in the trees?"

Early on, the tribe mates seemed unwilling to go down the road of deception. Jamie, his feelings hurt by being called "classless" the week before by Bobby Jon, changed his tune. In a gesture of atonement, he sacrificed his challenge reward (a burger and beer) for a bowl of ramon nuts and boiled lake water.

"Nothing tastes better than my self respect," he said.

Judd, who won the challenge, earned a lobster, steak and open-bar dinner. But the thrill of victory would not last long. Judd stumbled home drunk, vomited in the shelter, lied about the idol's whereabouts, and then got caught in his lie by Gary.

Still, bumbling Judd had numbers on his side and it appeared that Jamie or Gary would be the next to be voted off. But Jamie, perhaps inspired by his repentance, won the final immunity challenge, racing across a balance beam and rope bridge.

All eyes turned to Gary.

But it was "game mode" that would save Gary, as he miraculously produced the long-lost idol at tribal council.

The mood was tense. And so was the lie-telling.

"I haven't lied about anything yet," lied Judd.

"I think we're all going to be liars before it's over," said Cindy.

Except for Bobby Jon. The waiter from Alabama was voted off before he had the opportunity to shift into dishonest mode.

Bobby Jon will visit The Early Show on Friday to tell all about the deception in Guatemala.
By Stephen Smith