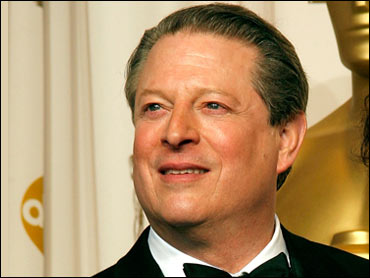 As a Gore bandwagon rolls off the Hollywood carpet en route to Iowa, New Hampshire and beyond, with daydreams about a December stop in Oslo, the specter of the 2000 recount that wasn't is haunting the opinion pages, but no one has framed it so cosmically as the New Yorker's David Remnick. Had it not been for what he calls a "judicial coup d'etat" by the usual suspects, a Gore administration would have altered "the fate of the earth," begetting "an alternative universe." Well, if it feels good, why not say it?

But the simple truth is that the Scalia five, while needlessly embarrassing themselves and the court, did little more than expedite a happening that could never have turned out any other way. If the very limited, four-county recount sought by Gore, or a slightly different one ordered by the Florida Court, had not been skewered from on high, as we learned a year later from a recount by the University of Chicago's National Opinion Research Center, Bush would still have wound up where he, however sadly, is.

The Center (aka NORC) also did a full, statewide recount, which Gore had never asked for and concluded that, if you also did some other things that no one at the time asked for, Gore might, just might, in fact have got a handful of votes more than Bush.

So, lets suppose that, after the Florida Supreme Court had ordered not the recount Gore asked for or the one it granted but the one Gore SHOULD have asked for and suppose Scalia et al had kept their cotton picking hands off. And suppose too that NORC had done the recount.

Under an 1870 Act of Congress, the winning electors must be certified by the governor, and should he fail to do so by both houses of Congress.

Bingo. No way, you say, that Jebby, given an array of counts to choose from would have signed off on one that shuts the Oval Office door on his brother. Actually, unlike the five Supremes, Jebby could insure exactly the outcome he wanted without stinking up the room. He just high-mindedly recuses himself and passes the buck to Congress. Here's how it works.

It's January 6, 2001, and Congress convenes to count the votes. From 49 states and the District of Columbia, both houses without any argument tally 266 electoral votes for Gore and 246 for Bush, with 270 needed to elect one of them. When it's the Senate's turn, 50 Democrats recognize the 25 Democratic electors from Florida as winners and 50 Republicans recognize the 25 Republicans. Gore is still vice president and casts the deciding vote. So far the fate of the earth is secure.

But, before any votes from Florida can be recognized, the House of Representatives must agree with the Senate. Before that issue is addressed directly, the Chairman of the House Judiciary Committee, a Republican, rises to say that his members have studied the NORC report closely, that the Democratic minority insists it supports Gore's case, and the Republicans KNOW it favors Bush. But rather than steamroller a ruling, for which Republicans do have the votes, in an excess of fairness he recommends that neither set of Florida electors be recognized, and the Republican speaker so rules.

Since only one house and not "the Congress" has found an electoral vote majority for either candidate, any schoolboy knows what happens next. Under Amendment XII to the Constitution, "The House of Representatives shall immediately choose by ballot the President." Unlike the Republican justices whom nobody elected, least of all the founding fathers, a Republican House of Representatives would owe no one an apology for picking a Republican president. The fate of the earth would still be under the gathering storm of a hydrocarbon Armageddon. And America would still be entangled in Iraq. Especially since the still Democratic Senate, when ITS turn came to pick a vice president for Bush, would have chosen Joe Lieberman.
By Martin Plissner