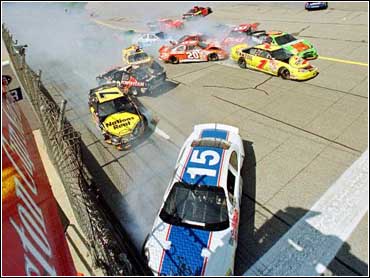 So much for Jeff Gordon being washed up.

The one-time Wonder Boy showed he's still a force to be reckoned with Sunday, winning for the first time since October when held off Mike Skinner in the DieHard 500.

Gordon grabbed the lead with five laps to go and won another thrilling finish at Talladega Superspeedway, becoming the ninth different winner in as many NASCAR Winston Cup races this year when he edged Skinner by about two car lengths.

In victory lane, Gordon crawled from the Chevrolet Monte Carlo like a huge burden had been lifted from his shoulders. He high-fived crew members and was doused with champagne by crew chief Robbie Loomis.

"It was emotional for us," Gordon said after his 50th career victory. "I know it hadn't been forever, but it had been a while. I know how hard we've worked and we've had to listen to a lot of things, a lot of criticism. That's tough. It does take a toll on you."

Gordon, who was booed heavily when he dominated Winston Cup, heard nothing but cheers this time. On his way to the postrace news conference, his car was surrounded by hundreds of adoring fans. Others were perched precariously on the steel girders under the stands, straining to get a look.

"Everybody likes a winner," Gordon said. "But no one likes someone who wins too much. I understand that."

On lap 183, the three-time Winston Cup champion dived to the inside coming out of turn 4, nipping at the infield grass to get past leader Mark Martin. Skinner fell into line behind Gordon and tried bravely to pull out his first Winston Cup victory.

But Gordon would not be denied. Mired in a 13-race losing streak, he blocked Skinner time and time again on the backstretch, briefly fishtailing at one point before regaining control and maintaining the lead as the two cars went nose-to-tail.

Dale Earnhardt, who has won a record nine Cup races at Talladega, tried to get into the mix on the final trip around the 2.66-mile track. But The Intimidator drifted high in turn four while Gordon pulled away from Skinner for a 0.189-second victory.

Two weeks after longtime crew cief Ray Evernham left the Rainbow Warriors, Gordon won the Oct. 11 race at Charlotte Motor Speedway. He then fell into one of the worst slumps of his career, matching the winless streak that covered the final 12 races of 1994 and the first event in '95.

Gordon failed to finish higher than 10th over the final five events last year and the futility carried over to this season. He had his best finish a week earlier, placing fourth at Martinsville, but still was 12th in the point standings coming to Talladega.

Further compounding his problems, he qualified poorly and started 36th in the 43-car field. But Gordon quickly pushed to the front and grabbed the lead for the first time on lap 103 of the 188-lap event.

He won with an average speed of 161.157 mph as Chevrolet captured the top four places. Teammates Skinner and Earnhardt finished second and third, followed by Kenny Irwin. Jimmy Spencer, in a Ford Taurus, was fifth.

"I wasn't going to wreck him to win the race," said Skinner, who had his best career finish. "I don't want to win my first race because I knocked someone out who raced me clean all day."

Gordon, who won $159,755 for the victory, was one of 10 drivers involved in 27 lead changes on a track where carburetor restrictor plates promote close racing by robbing the cars of horsepower.

The three- and four-wide racing kept the massive crowd of 185,000 on its feet most of the day, adding a short-track flair to the longest, fastest oval on the circuit.

"I almost got turned two or three times," Earnhardt said. "As far as pushing and shoving and knocking around, it's more like Martinsville racing than a superspeedway. It was a rock 'em, sock 'em day."

Martin, who led 99 laps and seemed much of the day to have the strongest car on the track, slipped back to sixth in a Ford. But he grabbed the lead in the season standings, holding a 24-point lead over Bobby Labonte.

Despite the close racing, there were only two brief caution periods until a major crash coming through the tri-oval on lap 138.

Scott Pruett swerved into Robby Gordon, who took Michal Waltrip into the infield grass to set off a chain-reaction pile-up that damaged 16 cars in all. Dick Trickle suffered the only injury, a swollen right foot that required further observation. The crash also took out Labonte, who wound up 21st and one lap down in his battered Pontiac.

Another frightening incident occurred on lap 175, when rookie Dave Blaney lost control and slid backward down pit road while crew members scrambled to get out of the way.

Dale Jarrett's team owner, Robert Yates, hurt a leg when he jumped off the wall. But he pulled himself up after a few minutes, put back on his headset and finished the race. Joe Snyder, a crewman for Ed Berrier, was taken away in an ambulance complaining of back pain, but he was treated and released from the infield care center.

Bill Elliott, making the 600th start of his career from the outside of the first row, was running near the front with less than 20 laps to go before dropping back to 15th. Pole-sitter Jeremy Mayfield was second with six laps remaining but also was victimized by the drafting, falling all the way to 14th. 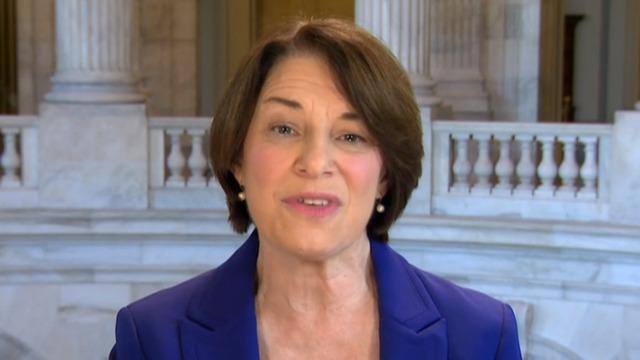 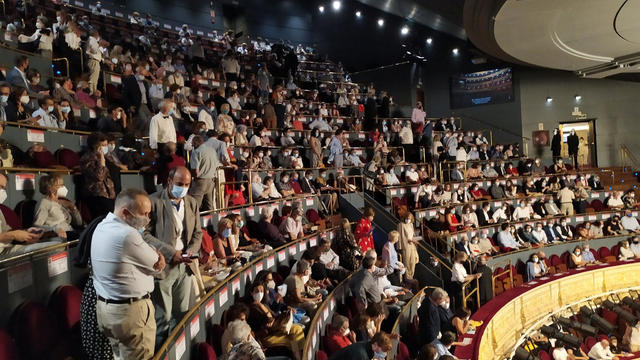 The incident comes as a debate is raging in Spain over inequality after the Madrid regional government placed under partial lockdown some poor neighborhoods.