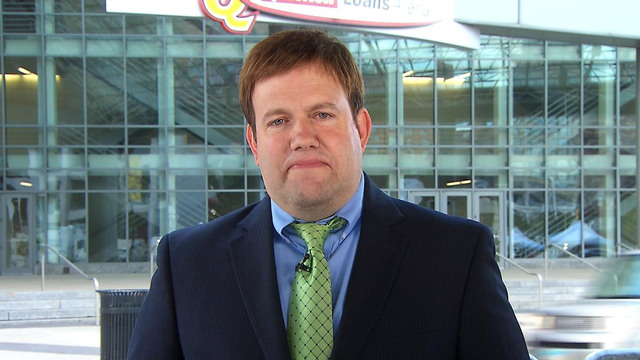 Republican presidential candidate Donald Trump may have outscored his fellow candidates in talk-time during Thursday night's GOP primary debate, but Republican strategist and CBS News contributor Frank Luntz said he saw the "destruction of a candidacy."

"Trump was the number one person walking into that debate. Almost all of his supporters (of the focus group) abandoned him because of what he said," Luntz said Friday on "CBS This Morning."

Trump's stand-out remarks included his response to Fox News host and debate moderator Megyn Kelly about comments he's made in reference to women as "fat pigs, dogs, slobs and disgusting animals" and his insistence to not necessarily support another Republican if he doesn't become the GOP's nominee.

"When you're talking about a Republican presidential nomination, when these people want to defeat Hillary Clinton, that's not the language, that's not the strategy, that's just not what they want to hear," Luntz said.

Luntz gathered a group of Ohioans to watch the debate and used dials to register whether they liked or disliked what they were hearing.

"Make no mistakes, his popularity may even go up slightly, but the negativity around him -- because in the end you still have to be liked by the majority of Republicans to get the nomination," Luntz said.

The group of 13 men and 10 women was split between moderate and conservative Republicans and as expected, Trump made an impression.

"Remember this audience is a Republican audience and they are reacting to Republican language, Republican rhetoric, from Republican candidates, so you take a shot at Rosie O'Donnell, they like it, and they hate political correctness," Luntz said.

After the debate, Trump sent out several tweets, bashing Kelly and Luntz himself.

"I've been called a lot of things in my life but I've never been called a clown and those focus groups are accurate," Luntz said.