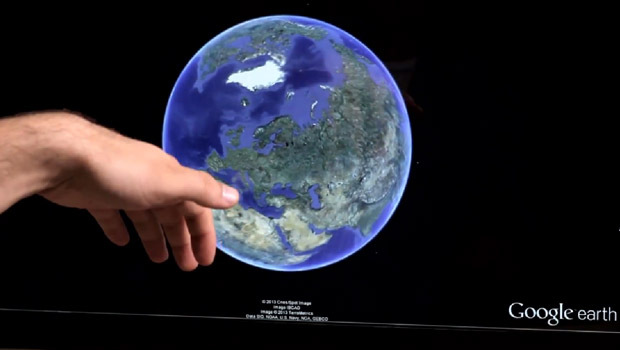 Have you ever wanted to see what it was like to fly over the planet? A new feature from on Google Earth makes exploring a planet in virtual reality a more visceral experience.

Leap Motion's device lets people use hand movements and gestures to control computer screens. Users who have the Google Earth app and own a Leap Motion device will now be able to use their hands to navigate the planet on Google Earth.

Google Earth's latest software is available for all to download, but Leap Motion's device is currently only available for developers. The company says it will starting shipping units to all customers "soon."

Watch a demonstration of Google Earth and Leap Motion below.