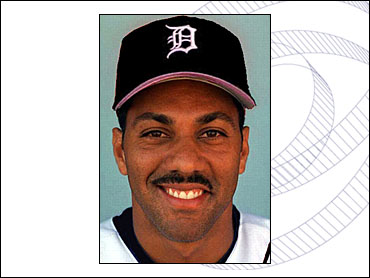 Juan Gonzalez wants to be known as one of baseball's best ever. Whether he wants to be with the Detroit Tigers remains to be seen.

The Tigers have offered Gonzalez the biggest contract in baseball history, believed to be worth $140 million over eight years. But during a tour of the Motor City on Wednesday, Gonzalez gave no hint whether he would accept the deal.

"It is absolutely not in my mind," Gonzalez said during a news conference in a construction trailer just outside Comerica Park, which opens in April. "Talk to my agent. I'm here to play baseball."

Jim Bronner, his agent, accompanied Gonzalez to Detroit. But also was noncommittal.

Gonzalez is eligible for free agency after the season. The Tigers, who gave up several top prospects to get him, want to make Gonzalez the center of what they hope will be a contending team during their first decade in the new ballpark.

The Tigers, with Gonzalez in the lineup, will field what they hope will be one of the better offensive teams in baseball. Others in the order will include Dean Palmer, Tony Clark, Damion Easley and Bobby Higginson.

Detroit was shut out 12 times last season, more than any other team in the major leagues. The Tigers also are short on quality starting pitchers.

"I think it will be a good season," Gonzalez said. "We have a log of young talent. In my opinion, in two or three years, the Tigers will be a serious contender."

No mention of whether he would be around to be a part of it.

Still, even if they only get to cheer him as their own for one season, Detroit fans are likely to enjoy watching Gonzalez play.

The two-time American League MVP has produced at least 30 homers and 100 RBIs in each of the last four seasons and seven times overall.

"I have a great passion for baseball," Gonzalez said. "I love the game. I am working hard for immortality. One of my big goals is to go into the Hall of Fame."

Whether he would be inducted wearing a Tigers' cap remained a question unanswered. But there was perhaps one little hint.

During the morning, before the news conference, Gonzalez a native of Puerto Rico went looking for a place to liv. He picked an apartment, rather than a house.