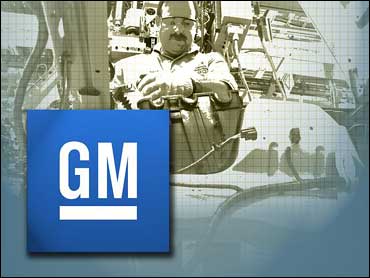 While the news was good for GM's home state, which has lost an estimated 130,000 auto manufacturing jobs in the last five years, the investment is dwarfed by the struggling automaker's restructuring plan, which calls for shedding 30,000 jobs nationally by 2008.

A big chunk of the investment — $163 million — will go to GM's Pontiac Assembly Center, which makes the Chevrolet Silverado and GMC Sierra pickups, GM spokesman Dan Flores said. Production of the next generation of those pickups is scheduled to begin later this year.

GM plans to hire 280 people at the Pontiac plant, all workers who are currently employed at GM plants or have been laid off from their jobs. GM has several thousand laid-off workers in a jobs bank. They get most of their pay and benefits even when they're not working.

"It's good for our people. It shows we're investing in our future," Spielman said.

Michigan Gov. Jennifer Granholm was among those on hand to celebrate the news.

"We want you to know that your success — and we know GM will have success in turning it around — is our success," Granholm said. "There is no vision of Michigan's future that does not include a vibrant and growing auto industry."

Erich Merkle, an analyst with the Grand Rapids-based consulting firm IRN Inc., said GM was simply putting a positive spin on investments that had to be made anyway because there are some significant changes to the vehicle models.

"It's a little bit of puffery to offset the bad news that's been out there the last three or four months," Merkle said. "In automotive terms, it's pocket change. It's really not that much money in the scheme of things."

For instance, GM announced earlier this month that it would spend $118 million to upgrade a Baltimore-area plant to manufacture transmissions for hybrid models.

Spielman said GM wants to be more proactive about publicizing investments it makes in plants and products.

"Rest assured, we are working hard to return this company to profitability and long-term sustainable growth," he said.

GM said it's investing $138 million to expand the body shop in its Lansing Grand River assembly plant, a state-of-the-art facility that will make the new Cadillac CTS. The sedan will go into production late this year or early next year.

The company also disclosed three improvement projects that have already been started but weren't announced earlier.

The company is investing $152 million in its Ypsilanti transmission plant to increase production capacity for its rear-wheel-drive, six-speed transmissions, Flores said. It's investing $60 million in its Romulus engine plant for making the small-block V8 engines that will go into its new full-size trucks. It's also spending $32 million to update the hydroforming equipment in its Pontiac metal stamping plant, which uses water to help make the unique curves on the Pontiac Solstice and Saturn Sky roadsters.

GM lost $8.6 billion last year as it struggled with falling U.S. sales and increased costs for health care and materials. But the company has said it won't sacrifice product development, and its global capital spending was up $1 billion to $8 billion in 2005.

It has targeted 12 facilities for closure by 2008, including four locations in Michigan that employ 4,751 hourly and salaried workers. The closures still must be negotiated with the United Auto Workers union, whose contract with GM expires in 2007.

GM and the UAW also are in talks now with auto supplier Delphi Corp., which has threatened to ask a bankruptcy court judge to void its union contracts by this Friday if it doesn't reach an agreement to lower its labor costs. Delphi is GM's former parts division and the automaker's largest supplier.

"This has nothing to do with any potential Delphi, GM and UAW agreement," Flores said.