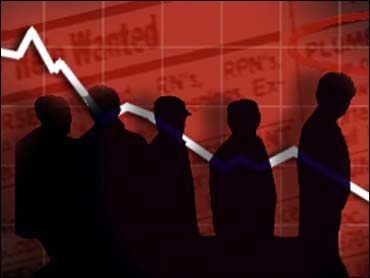 Three out of four employers expect to cut jobs or hold off on hiring this summer, contributing to the worst employment market since the early 1990s, a new survey said Tuesday.

About two-thirds of employers said they don't expect to hire any additional workers and 9 percent plan to eliminate jobs during the July-to-September quarter, according to the survey by Manpower Inc.

"Let's try not to get anyone too depressed, but the facts are the facts," said Jeffrey Joerres, chairman and chief executive officer of Manpower, which surveys 16,000 businesses for its quarterly survey. "If you're looking for a job, the upcoming quarter is going to be challenging."

"We're not seeing companies really feel good about where they're heading," he told CBS Radio News. "They're not pessimistic in the truest sense, they're just very cautions (with) a wait-and-see attitude.

"It looks as though they haven't turned the corner from pessimistic to optimistic. They still seem to be quite cautious," he added.

Although 20 percent of employers in the survey said they plan to add jobs, competition for work is expected to be high. Six percent are uncertain about their employment plans.

"It's a buyer's market right now if you're an employer," said economist Patrick Anderson, principal of Anderson Economic Group in Lansing, Mich. "Some of those who are getting a real shock are those who are emerging from college and don't have strong work skills."

"It's a matter of getting out and making your presence know," Joerres advised job-seekers. "It may also be a matter of compromising a bit in your pay rate, because times are tough right now."

Manpower, which is based in Glendale, Wis., and is the nation's largest staffing company, has conducted the survey for 27 years.

The company collected the most recent data in April during the war in Iraq and the SARS crisis, which analysts say could account for some employer pessimism.

"April has to be one of the worst months in recent history to take an outlook survey," Anderson said. "We would expect that a war would depress hiring plans."

Joerres said employers face uncertainty in this downturn because of its duration and multiple fits and starts. By contrast, the "classic" recession during the first Gulf War was followed by a relatively smooth recovery, Joerres said.

"I do think we're in uncharted waters from a labor perspective," he said.

Art Ayre, state employment economist for Oregon, said his state has lost 8,500 manufacturing jobs in the last year, but he is expecting a slight rebound for his state and for the rest of the nation in the third quarter.

"We're still waiting for some indication that we'll achieve stability and then actually gain some growth," Ayre said.

The education and nondurable goods manufacturing sectors are facing the biggest impact, with each group's employment levels for the third quarter the lowest in 20 years, according to the survey.

Education jobs are at their lowest level in 27 years of Manpower data, with more employers expecting to cut jobs than those who are expecting to increase jobs.

"We can talk about many economic theories about what might help or not help in the labor market, but the biggest thing that's going to help is companies having demand for their products and services, and they're not feeling it yet," Joerres said.

Employment estimates across the United States are relatively consistent, with the South reporting slightly stronger hiring expectations and the Northeast expecting the slowest hiring pace for the third consecutive quarter.