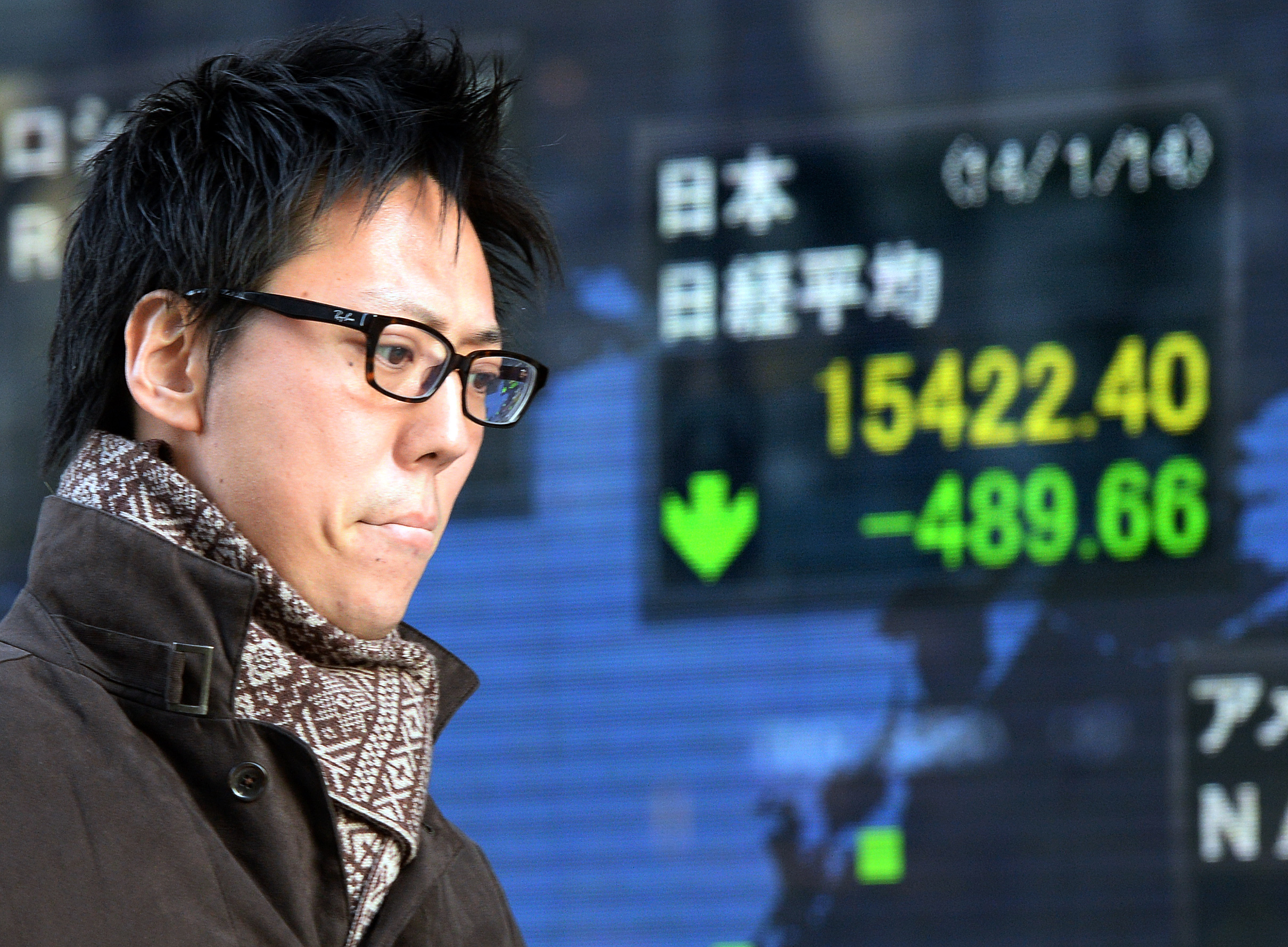 LONDON - Markets drifted lower Tuesday following a sell-off on Wall Street and ahead of the next batch of U.S. corporate earnings as well as key retail sales data.

Asian and European investor sentiment was dampened after U.S. stocks had their worst day so far this year, with major Wall Street benchmarks dropping more than 1 percent. Whether U.S. stocks suffer a further bout of selling could hinge on the retail sales figures as well as earnings results from the likes of JPMorgan Chase & Co. and Wells Fargo.

"There's plenty for investors to focus on in the lead up to the opening bell on Wall Street today," said Craig Erlam, market analyst at Alpari.

Wall Street's main indexes were poised for a steady opening, with both Dow futures and the broader S&P 500 futures 0.1 percent higher. On Monday, the S&P closed down 1.3 percent, its biggest fall since November.

Markets have also been perturbed by comments from the president of the Federal Reserve's Atlanta branch that raised the prospect of more reductions in economic stimulus despite the weak jobs report. Dennis Lockhart said Monday he would support further cuts "over the course of this year" if the economy continued to improve.

The Fed has said it will make an initial $10 billion cut to its $85 billion of monthly financial asset purchases that have supported economic recovery by keeping interest rates low.

Earlier, Asian stocks ended mostly lower, with Japan leading declines after trading there resumed following a holiday Monday. The Nikkei 225 dived 3.1 percent to 15,422.40. Investors got their first chance since Friday to react to the U.S. jobs report as well as the movement in the yen, which has risen strongly since last week.