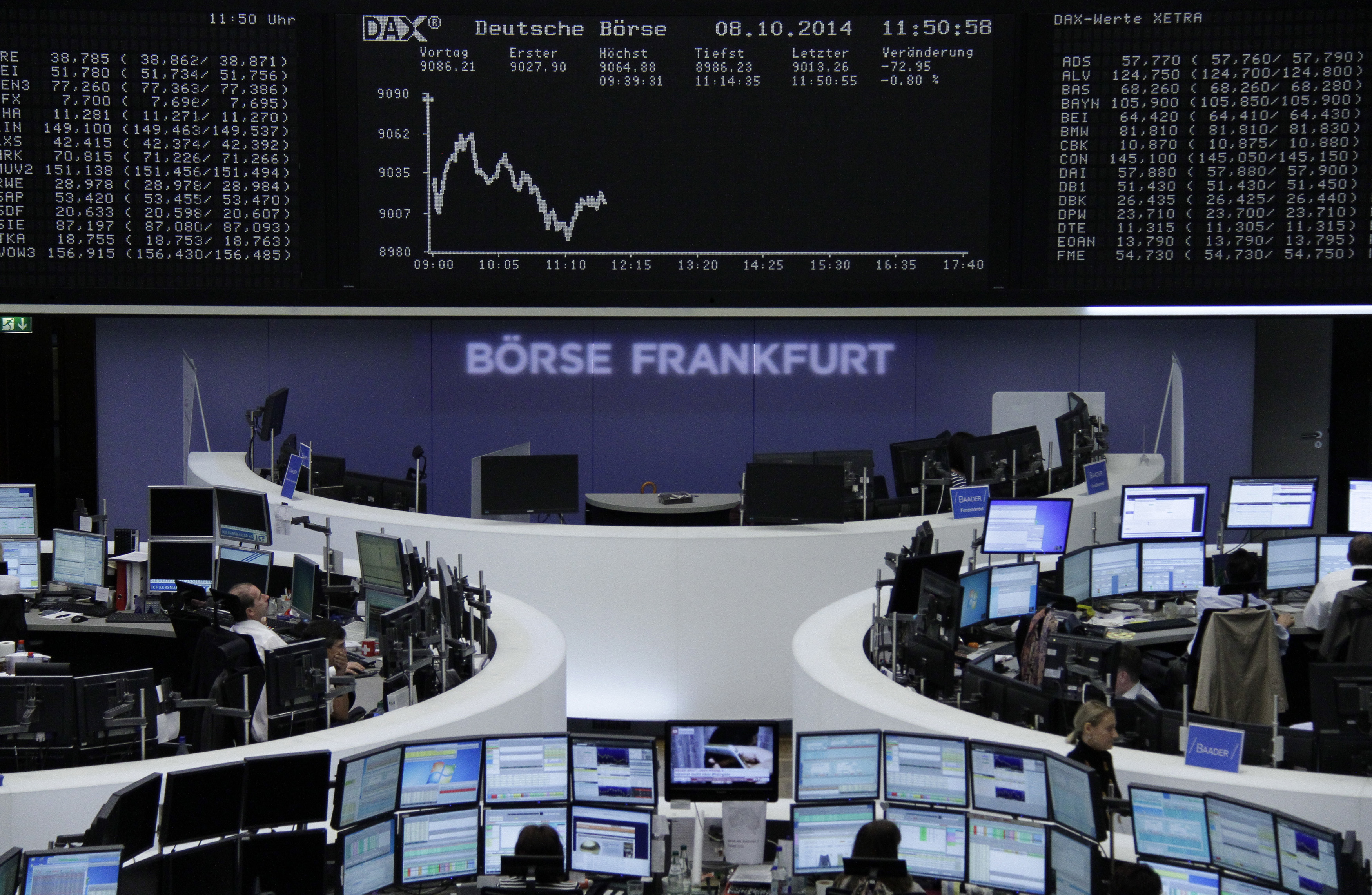 Investors were turning less upbeat about the future of global economies after the IMF trimmed its outlook for this year and next, mostly because of weaker expansions in Japan, Latin America and Europe. The IMF expects the global economy will grow 3.3 percent this year, slightly below what it forecast in July. Earlier, Germany said its industrial output fell 4 percent in August, far more than expected. The slump follows other disappointing economic reports and suggests Europe's economy will not recover as strongly as hoped in the third quarter, keeping a lid on the 18-country eurozone.

The U.S. Federal Reserve is due to release notes on its latest meeting on Wednesday. Investors will be looking for signs of when the Fed might raise interest rates. The first rate increase is not expected until mid-2015, but the U.S. labor market has been recovering at a steady pace, suggesting a hike could come sooner.

Takuya Takahashi, strategist at Daiwa Securities Co. in Tokyo, said the IMF forecast cuts and concerns about the world economy were the main culprit for this week's stock declines. "I was expecting them to go down even further," he said. But he noted investors were taking a wait-and-see attitude ahead of comments from the Fed and earnings from U.S. companies.

Benchmark U.S. crude fell 91 cents to $87.94 a barrel on the New York Mercantile Exchange. Brent crude, a benchmark for international oils used by many U.S. refineries, fell 83 cents to close at $91.08 on the ICE Futures exchange in London.