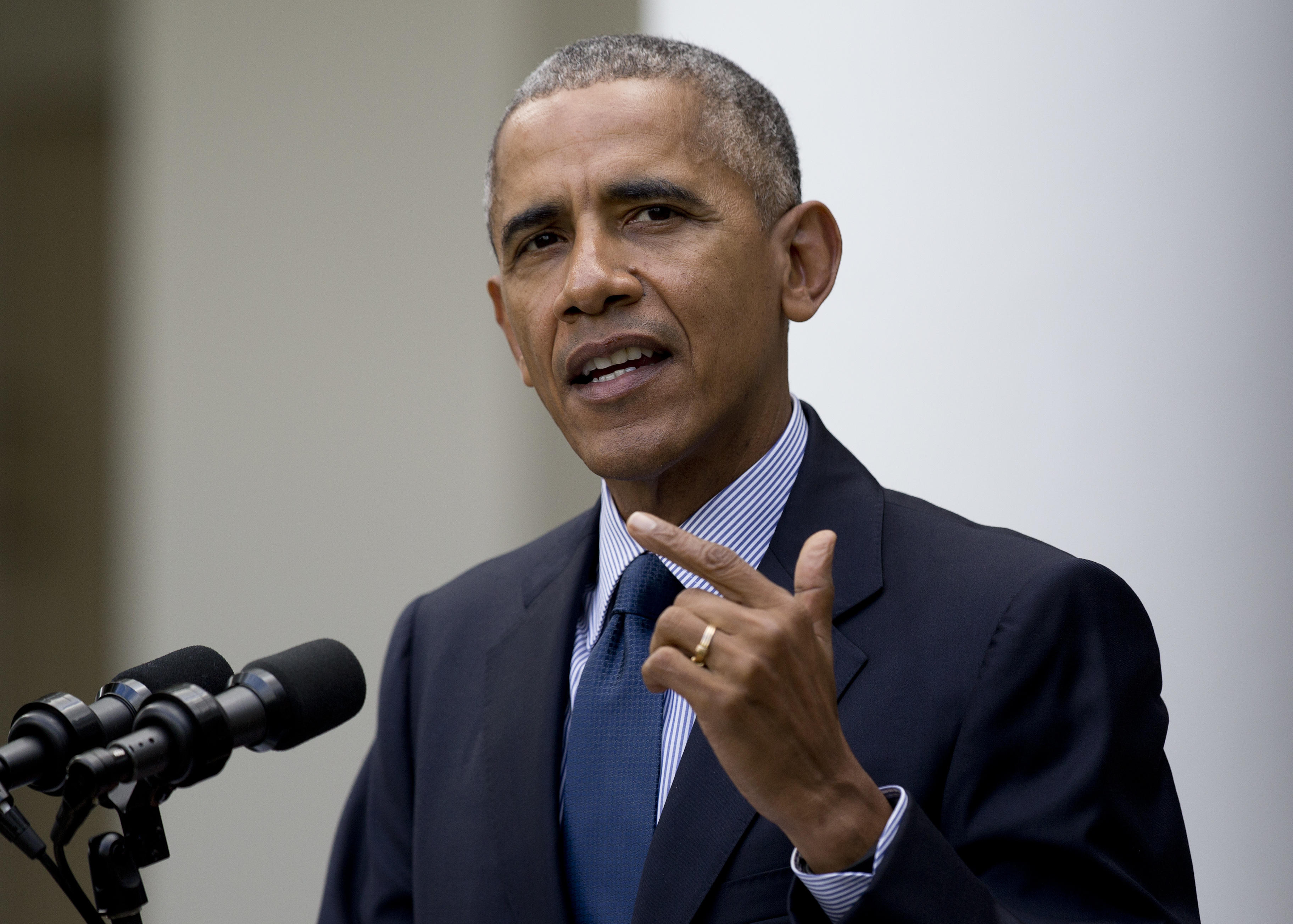 UNITED NATIONS With the sound of the popping open of recyclable champagne bottles – according to the climate negotiators in Bonn, Germany -- the U.N. and the White House announced that the global climate accord, negotiated last year in France, has met the thresholds to enter into force in 30 days.

The documents will be received at U.N Headquarters in New York this week to formally seal the deal, but the requirement of having 55 countries, accounting for more than 55 percent of global emissions, ratify the accord was met, and the agreement will go into effect 30 days after the documents are submitted.

“The window of opportunity is open, but it will not stay open forever, “ Patricia Espinosa, executive secretary of the U.N. climate convention (UNFCCC) told CBS News, just as the news that the Paris Agreement on climate change had reached the numbers to enter into force.

“Momentum must be maintained. Ratification and entry into force provides the energy and focus to keep this up and take it to ever higher levels,” Espinosa said. “Entry into force of the Paris Agreement is a critical next step toward the overall goal of realizing all its potential for fast-tracking a more climate secure world and a sustainable future for every man, woman and child while reducing the very real risks of increased human suffering.”

In a White House Rose Garden announcement, Mr. Obama said that the new agreement “will help delay or avoid some of the worst consequences of climate change.”

With landmark speed, in Le Bourget, France in December, 195 nations and the European Union adopted a new climate change plan, one with the ambitious goals of slowing global warming by reducing greenhouse gases and aiding poor countries adjusting to the negative impact. There was little doubt that high-level arm-twisting made the deal happen, most notably several calls by President Obama to China’s President Xi Jinping, which followed an earlier call to Indian Prime Minister Narendra Modi late last year.

The Paris Agreement is not enforceable and relies on countries to set voluntary national programs to reduce emissions to limit global temperature rise to below 2 degrees Celsius (3.6 degrees Fahrenheit). The umbrella organization of the Paris Agreement, the UNFCC, is a binding treaty, however, creating quite a bit of confusion for U.S. lawmakers after President Obama traveled to Paris to sign the agreement in December without Congressional authorization.

Negotiators make the point that, while some parts of the agreement are voluntary, others are mandatory, including measures for monitoring, reporting and verifying the national plans and all the details of how that works is expected to be negotiated at the next Conference of Parties (COP22) in November in Marrakesh, Morocco, according to Andrew Light, a distinguished senior fellow at the World Resources Institute and former senior climate change adviser at the U.S. State Department.

Nick Nuttall, the spokesman for the UNFCCC in Bonn, said that the speedy entry into force was a good sign of commitment.

“I can think of no other multilateral environmental agreement that has gone from promise to living reality in such a short space of time -- real momentum,” he said. “It has been quite breathtaking how quickly this has all happened, after 20 years of often fraught negotiations, Paris marked a watershed of enthusiasm, cooperation and determination.”

But Espinosa was also cautious.

“Entry into force is just the beginning. It is not compliance that concerns me -- there is a real commitment by all nations, backed by cities and regions and companies and investors, to move forward,” she said. “Rather it is the speed that is now key. Emissions need to peak very quickly and be rapidly managed down afterwards.”

U.N. Secretary General Ban Ki-moon, who had shepherded the agreement since he came into office, was in Brussels for the EU vote and, on Wednesday, made the announcement.

“I am delighted to announce that today the Paris Agreement will cross the second and final threshold needed for entry into force, and will enter into force on Nov. 4, 2016,” he said.

Several activist organizations have been involved, working for years to get grassroots and youth support for the complicated provisions of the accord, including the U.N. Foundation.

Aaron Sherinian, chief communications and marketing director, who has launched several social media campaigns for the agreement said “the next generation owns these conversations because they own the consequences.”