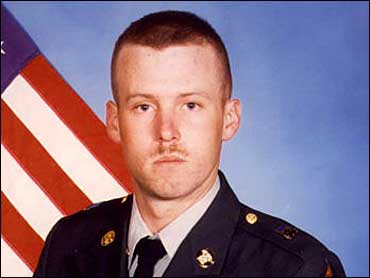 As Memorial Day approaches, Norman and Arlene Walters are finally getting answers about how their son died in Iraq.

The Early Show co-anchor Harry Smith interviewed the two who say they have been given new details by the military about the way their son died more than a year ago.

Sgt. Donald Walters was in the same unit as Jessica Lynch. Originally it was reported that he was killed in action during the ambush. But now it has been revealed that Walters was wounded in ambush and held as a prisoner of war before being executed by his captors.

It was particularly important for his mother, Arlene Walters, to know the truth, and have her son's death investigated.

"I just believe in giving credit where credit was due," she says, "They kept saying about this heroic soldier that did all these things, and, you know, fired all his weapon, and fought to the end. And they kept saying it was Jessica Lynch, and Jessica Lynch said it wasn't her."

After her rescue, Lynch, of Palestine, W.Va., said she did not fire a shot. Her injuries resulted from a Humvee crash during the firefight in the Iraqi town of Nasiriyah, just days into the war.

An Army report released last summer on the ambush of the 507th Army Maintenance Company had said that Walters, 33, likely died in the fighting that left 10 other soldiers dead. The report said there were no American witnesses to his death.

Arlene Walters says, "Whether it was my son or any other one of those soldiers in the 507th, we needed to find out who it was that did this and give that person credit. But it just so happened to be, I'm Donald's mother, I thought it was him and I could fight for him."

Since releasing that report last summer, the Army discovered her son was wounded and taken prisoner. She explains her son "was taken to a building by himself, no one else was there. And he was shot in the back and killed."

Defense investigators confirmed the account by matching Walters' DNA to a blood splatter on the wall where he was executed, Strong said. He died from two gunshot wounds to the back, fired from more than 20 feet away, according to the investigation findings.

Sgt. Walters did not go without a giving a good fight. His father, Norman Walters says, "Knowing my son the way I do, I'm sure he put up a tremendous fight until he was no longer able to do so after he was wounded in the leg."

There were spent weapons found at the place where he was last seen alive, and besides the leg wound, he was stabbed several times.

The parents say knowing the truth of their son's death is a double-edged sword. Norman Walters notes, "It's gratifying in one respect, because now we know what happened. But on the other hand, it's terrible to realize what he went through. We feel terrible about what he had to endure and his last hours."

In March, the Army posthumously awarded Walters the Silver Star for gallantry with marked distinction. He also was awarded the Bronze Star and the Purple Heart and a POW medal.