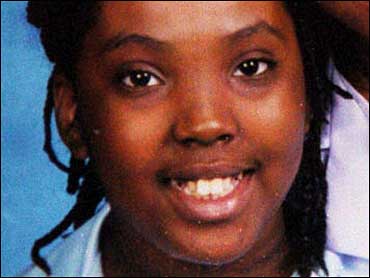 Twelve-year-old Nicole Townes is out of a coma but still struggling to recover after being pummeled and stomped at a birthday party in a beating that was shocking not just because of its savagery, but because it was meted out by other girls.

Authorities say it is symptomatic of a disturbing trend around the country: Girls are turning to violence more often and with terrifying intensity.

"We're seeing girls doing things now that we used to put off on boys," former Baltimore school Police Chief Jansen Robinson said. "This is vicious, `I-want-to-hurt-you' fighting. It's a nationwide phenomenon and it's catching us all off guard."

Police and prosecutors said Nicole's beating Feb. 28 began when a boy at the party, acting on a dare, kissed the girl on the cheek. The other children exploded with "eeeewws" and laughter, according to the police report.

The 36-year-old mother of the birthday girl apparently was offended, because the boy was supposed to be her daughter's boyfriend. So the mother allegedly urged her daughter to "handle your business," an order police said meant the girl was supposed to defend the family's honor.

Nicole was scratched, pummeled, kicked and stomped by as many as six women and girls, police said. She was in a coma for nearly three weeks and is still hospitalized. Her family said she may have permanent brain damage.

Charged in the assault were the birthday girl, 13; her mother; her 19-year-old sister; and three other girls, ages 13, 14 and 15. Police also charged a 24-year-old woman who lived with Nicole with child abuse and neglect for leaving the girl at the party.

"We're just stunned and disgusted and we still can't understand how such a thing could have happened," said the family's pastor, the Rev. Durrell Williams of the Full Gospel Deliverance Church. Williams described Nicole as a timid girl, "not one of your fighters."

Around the country, school police and teachers are seeing a growing tendency for girls to settle disputes with their fists. They are finding themselves breaking up playground fights in which girls are going at each other toe-to-toe, like boys.

Experts say the trend simply reflects society - girls are more violent because society in general is more violent and less civil. Some say that the same breakdowns in family, church, community and school that have long been blamed for violence among boys are finally catching up to girls.

And some believe the violence is also fueled by the emergence of movies and video games such as "Tomb Raider" in which women wreak violence with the gusto of male action heroes.

The assault on Nicole illustrates how some parents are almost as immature as their children, said Rosetta Stith, principal of a Baltimore public school for teen mothers.

Last May, girls were videotaped beating and kicking other girls during a hazing at well-to-do Glenbrook High School in suburban Chicago. And fighting among girl gangs in cities such as Los Angeles and Chicago has educators and community workers scrambling for solutions.

"It's a high-priority topic that resonates with any school, any principal today," said Bill Bond, who heads a project on school safety for the National Association of Secondary School Principals. "I've been to 17 association meetings this year and the topic has been addressed at every meeting."

Lauren Abramson, director of the Community Conferencing Center, a Baltimore agency that resolves disputes through mediation, said one difference between boys and girls is that gossip is more likely to be at the bottom of a dispute between girls.

"Gossip as a source of violence is understudied and little understood," Abramson said. "But time and again, when we bring the parties together, get them to talk and dig into what started it all, it invariably comes back to something somebody heard somebody else said."

Phil Leaf, director of the Center for the Prevention of Youth Violence at Johns Hopkins University in Baltimore, said society should not have been caught by surprise by the surge in girl violence.

"In retrospect, we can see girls falling prey to the same influences as boys," Leaf said. "A decade or so ago, we were worried about the lack of male role models in the home. Today, there is a dearth of effective female role models as the mothers who used to be there are forced back into the job market or get rendered ineffective through abuse of drugs and alcohol."

Leaf said the situation in Baltimore and other cities reminds him of the William Golding novel "Lord of the Flies": "We're seeing the effects of children growing up in a world without adults."