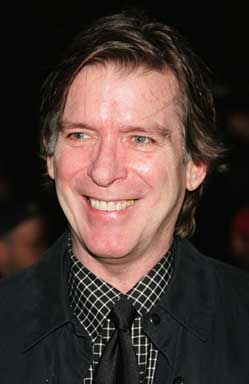 Just how do the nation's big grocery store chains decide which products to stock?

Congress held a hearing on the matter Thursday because there is a dispute over the selection procedure.

The grocers call it a slotting fee—that is, up front money farmers must pay to earn a slot in a grocery store.

Moore grows oranges, vegetables and nuts near Bakersfield, California. He claims supermarkets have charged him as much as $1,000 a week per store to display his packaged almonds.

It's like adding insult to injury, Moore said, because farmers must pay these fees and watch supermarkets sell their products for three to four times what they're paid to grow them.

As for the fees, "a large (melon) shipper on the west coast, going to the chains, was hit with a fee of getting his product out—$60,000 for that," said Moore, president of the Western Growers' Association.

And why is that extortion? "Because if we don't do it, we don't do business with them anymore," Moore said.

So the topic of discussion at the Senate Small Business Committee's hearing Thursday was the legality of slotting fees. Moore was there representing 1,700 growers, but the grocery store industry was a no show. Not only that, the General Accounting Office reported the grocery industry rejected all requests for documents related to slotting fees.

"If they (grocers) have nothing to hide, then they wouldn't be hiding it," said Chairman Christopher Bond, R-Missouri.

Bond said his concern, aside from the grocers' no-show, is business competition. Small entrepreneurs, he charged, can't put up big slotting fees.

"A lot of small businesses and farmers are being excluded from the market. Consumers are missing out on choice," Bond said.

Growers "are battling like never before to remain economically viable" and the proliferation of such fees "is a very real threat," Moore told the committee.

"It's free competition if you're willing to pay," said an unidentified food distributor. He said sometimes when you pay the slotting fee, the store will eject your competition.

Another anonymous food distributor agreed. "Some manufacturers and retailers actually put money up to be exclusive throughout a chain or organization"—a practice he believed was illegal.

The grocery industry says it needs slotting fees because it's expensive to put new products on the shelf. They were originally charged primarily for dry goods but the fees now extend to products throughout the store, including the produce section.

Critics say the fees hurt consumers and prevent small businesses and farmers from getting their products into stores.

"I may have a product that's worth nothing, but if I've got a big checkbook I can get shelf space," said Sen. Conrad Burns, R-Mont.

And the indusry argument that it's just covering the cost of new products breaks down when you consider that produce farmers are also being hit with huge slotting fees. After all, what's new about a cantaloupe?

"You don't need a slotting fee to convince somebody that they need to buy tomatoes," said Bond.

Supermarket industry officials say the fees in reality help small businesses. Otherwise, they would lose out to established food industry giants that have ample budgets to advertise and promote their products through coupons and other means, said Susan Mirvis, a spokeswoman for the Food Marketing Institute, the industry trade group.

In the produce section, the fees are levied only on brand-name items, such as bagged salads or carrots, she said.

But with Thursday's testimony, plus the industry's failure to show up with an explanation, a larger and much tougher investigation now seems likely.