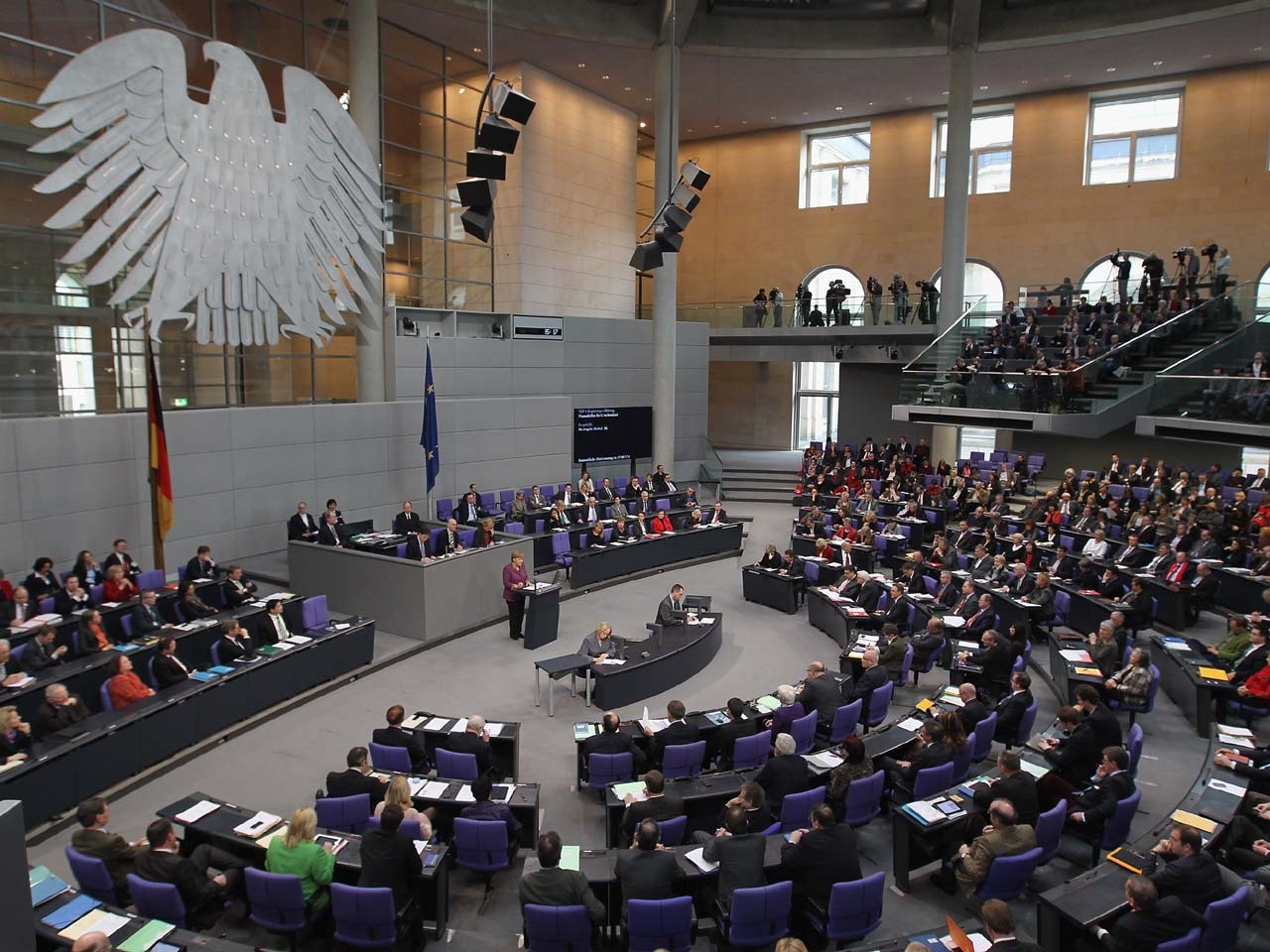 BERLIN - The German parliament approved a second, 130 billion euro ($173 billion) loan package for Greece on Monday after Chancellor Angela Merkel warned lawmakers that it would be irresponsible to abandon the country to bankruptcy.

Although the motion was always expected to be easily approved - the final tally Monday was 496-90 with five abstentions - the idea of bailing out Greece has remained very unpopular in Germany, among the public and many politicians

"The road that lies in front of Greece is long and truly not without risk," Merkel told lawmakers before the vote. "That also goes for the success of the new program - no one can give a 100 percent guarantee of success."

Earlier Monday, the mass-circulation Bild daily, which has always taken a very hard line on Greece, plastered the word "STOP!" over its front page. Its message to lawmakers was: "Don't keep on going the wrong way."

Merkel, however, said it would be irresponsible to risk a Greek bankruptcy.

She acknowledged that some people ask "whether Greece isn't a bottomless pit, a hopeless case, whether it wouldn't be better for all if Greece reintroduced the drachma."

But she insisted that "the opportunities outweigh the risks of turning away from Greece now - I believe these risks are incalculable and therefore irresponsible."

"As chancellor of Germany, I should and sometimes must take risks, but I cannot embark on adventures," Merkel said.

The rescue package is Greece's second in less than two years and also involves private-sector investors accepting total losses of more than 70 percent on the bonds they hold, along with tough new austerity measures.

Greece has been surviving since May 2010 on an initial 110 billion euro ($148 billion) package of rescue loans from other eurozone countries and the International Monetary Fund.

But more than two years of harsh austerity implemented to secure the rescue funds have left the economy in freefall, with businesses closing in the tens of thousands and unemployment at a record high 21 percent in November.

It isn't yet clear exactly what Germany's share of the new bailout will be, and the IMF's input this time has yet to be determined. But Merkel said "it is indispensable for the German government that the IMF continue to make a significant contribution and provide its experience and expertise."

Several non-European members of the IMF, such as the U.S., are reluctant to boost the IMF's resources for troubled eurozone nations, saying the region's bailout funds should be increased in size first.

Merkel has made clear that she is holding out against the mounting pressure for a quick decision on beefing up the permanent 500 billion euro ($671 billion) rescue fund, the European Stability Mechanism.

"The government currently sees no need for a debate on increasing the capacity" of the ESM and the existing interim bailout fund, she said.

But she underlined Germany's willingness to speed up its planned payments of capital into the ESM, saying that Berlin could pay in the first half - 11 billion euro ($14.8 billion) - this year and the rest next year.

An often suggested route toward expanding the ESM is keeping the remnants of the existing interim fund, the 440 billion euro ($590 billion) European Financial Stability Facility, available once the ESM starts work in July.

German officials are noncommittal, pointing to an existing agreement to review the ESM's size by the end of March.

Merkel insisted that ending the crisis will be a gradual, step-by-step process that will "require years" to complete.

"It was always Germany and the German government that warned again and again the illusion of fast and simple solutions," Merkel said. "We continue to warn against that."

Opposition Social Democrat Peer Steinbrueck shot back that "this strategy of buying time has failed because times have got worse."

Underlining unease in Merkel's center-right coalition, the weekly Der Spiegel on Sunday quoted Interior Minister Hans-Peter Friedrich as arguing that Greece would have better chances of "regenerating and becoming more competitive" outside the 17-nation eurozone.

Friedrich said Monday he was backing the second bailout and insisted he had only been talking about "what alternatives there are if the possibility of making Greece competitive inside the euro were to fail."

But a lawmaker with Merkel's Christian Democrats who has rebelled in previous debt crisis votes was unapologetic about doing so again.

"I can't go along with this because I think it is economically wrong (and) it is the opposite of what we promised people when the euro was introduced," Klaus-Peter Willsch told parliament.

The parliaments of wealthy Finland and the Netherlands, where skepticism for bailouts also is high, are to debate the package this week. However, it isn't expected to face problems in either countries.