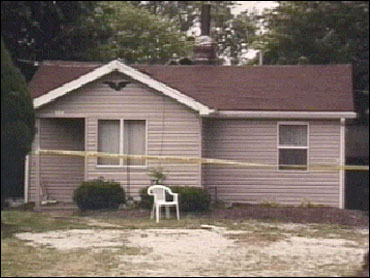 Last week, Jim Taricani, a Providence, R.I., television reporter, was sentenced to six months of house arrest for refusing to reveal who leaked to him an FBI video of a city official taking a bribe. Whether the First Amendment guarantees the press the right to keep its sources secret has been a controversial issue for quite some time.

But I'm not going to debate the legal merits here. What I want to talk about is the concept of "house arrest." How serious is it for citizens to have the basic freedom of being able to go wherever they want taken away from them?

There are certain situations in which being confined to your home for six months would definitely be serious punishment — perhaps even cruel and unusual. Here are some examples:

But generally, I'm not so sure it's really such a bad punishment. If I were sentenced to six months of house arrest, it could be a very productive time. I could look at those papers on my desk and throw out all the ones that have phone numbers and no names. I could go through my T-shirts and get rid of those purchased before 1990. I could get a really great shave every day. Every pencil in the house would be sharpened. I could actually have all our clocks set to the exact same time. I could organize all our photographs. Well, some of them.

My confinement would also mean that for six months, I wouldn't ever be stuck in traffic. Or have to look for a parking place. I wouldn't have to stand in line at the grocery store behind that woman who takes forever and then decides to pay by check. And then can't find her checkbook.

Overall, this house arrest thing sounds like a pretty good deal. In fact, let me go on record right now as saying that if any judge asks me what my source was for this column, I'm not telling.