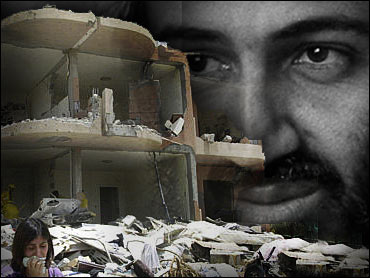 The head of France's counterterrorism agency said Tuesday that comparing the struggle against terror to a war raises the risks.

In this regard, the U.S. military base at Guantanamo Bay, where hundreds of suspected Islamic radicals are held, "has without doubt been counterproductive" by rallying people to the radical cause "who identify with their Muslim brothers apparently chained and deported beyond any legal framework," de Bousquet was quoted as saying.

De Bousquet was among those attending a conference here of police chiefs from 32 countries focusing on terrorism. He said new threats keep emerging, forcing French investigators to expand their focus. While previously they tracked Afghan, Chechen and Bosnian networks, they now must trace new threats, including those from Iraqi networks and the Moroccan Islamist Combatant Group, suspected in the 2003 Casablanca bombings that killed 45 people and the 2004 Madrid train bombings that killed 191.

"In terrorism," he said, "perils don't succeed each other. They add up."

Asked for a portrait of today's French Jihadist, de Bousquet described him as "more frustrated, younger, but more radicalized and committed (to the cause)."

De Bousquet said five French citizens were known to have died fighting with insurgents in Iraq, the whereabouts of some 10 others were unknown and four or five were imprisoned between Iraq and Syria.