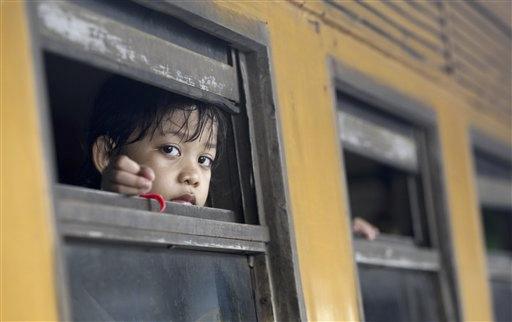 When daylight-saving time starts earlier than usual in the United States come 2007, your VCR or DVD recorder could start recording shows an hour late.

Cell phone companies could give you an extra hour of free weekend calls, and people who depend on online calendars may find themselves late for appointments.

An energy bill President Bush is to sign Monday would start daylight time three weeks earlier and end it a week later as an energy-saving measure.

And that has technologists worried about software and gadgets that now compensate for daylight time based on a schedule unchanged since 1987.

"It is unfortunately going to add a little bit of complexity to consumers," said Reid Sullivan, vice president of the entertainment group at Panasonic Consumer Electronics Co. "In some cases, depending on the product, they may have to manually increase or decrease the time."

The upcoming transition evokes memories of Y2K, the Year 2000 rollover that forced programmers to adjust software and other systems that, relying on two digits for the year, never took the 21st century into account.

"It wouldn't be a society-wide catastrophe, but there would be a problem if nothing's done about it or we try to move too quickly," said Dave Thewlis, executive director of a group that promotes standards for calendar software.

Newer VCRs and DVD recorders have built-in calendars to automatically adjust for daylight time. Users would have to override them, switching to "manual" to ensure shows continue to record correctly.

Computers with Microsoft Corp.'s Windows operating systems would need to obtain updates. Though most affected applications would likely be taken care of by the Microsoft fix, calendar systems will need to be checked to ensure that appointments already entered get properly adjusted.

Some electric utilities have advanced meters to adjust rates based on peak and non-peak hours, and studies would be required to determine if any modifications are needed. The telecommunications industry, meanwhile, must ensure that its clocks are properly adjusted to bill customers properly.

Adding to the complications is the fact that many computer programs now treat U.S. and Canadian time zones as the same. If Canada doesn't adopt the new dates, too, Windows, calendars and other software would have to learn additional zones.

Businesses and governments around the world threw some $200 billion at the problem, and the transition occurred without any worldwide disaster, even leading some critics to suggest they were victims of a big-money bamboozle.

The daylight-saving transition will be at most a mini-Y2K, with the impact of any failure far less reaching.

"We're looking only at a one-hour difference versus setting back (the clock) 99 years," said Randall Palm of the Computing Technology Industry Association.

A fax machine might stamp the wrong time for four weeks, but "Do I care? Not really," he said.

Besides, many systems have means for self-correction.

Video recorders, for instance, can synch with time signals sent over PBS broadcasts and through electronic programming guides.

Some watches from Timex Inc. can adjust times based on radio signals from the U.S. National Institute of Standards and Technology and other government sources.

The digital clocks on cell phones are generally synched with the service provider's network clock. Operating systems from Microsoft, Apple Computer Inc. and Cisco Systems Inc. can be configured to check periodically with Internet-based "time servers," though such servers tend to use Greenwich Mean Time and leave daylight adjustments to local machines.

Joe Tasker, senior vice president for government affairs at the Information Technology Association of America, points out that daylight time already varies around the world, and some parts of the United States don't observe it at all.

"We already are used to having a system in place that specifies all the information that we need" for a particular region, Tasker said. "It's just a question of changing the effective date."

Some European countries changed dates in response to a European Union directive to standardize daylight time beginning in 1996. That led to problems with Finnish dates in at least one version of Windows.

A few countries even change dates every year.

Israel, for instance, bases daylight time on the lunar Jewish calendar, and Palestinians change their clocks at different times as an assertion of independence. Windows doesn't even provide an auto-adjust option for the time zone covering Jerusalem.

"We get up and change the time on the VCR ourselves," Tzur said. "These things come with directions."

But while other countries have coped, Americans have largely become complacent and expect many clocks to change automatically because dates have been set for two decades, said Lauren Weinstein, a veteran technologist.

"Missiles won't be launching but it's still going to cause a lot of hassle," he said. Risks grow when "things advance to the point where you expect things to happen automatically and you expect it to be correct."