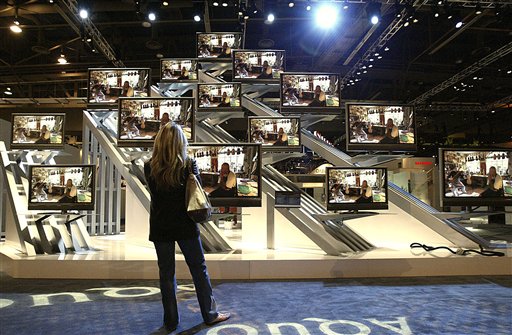 NEW YORK -- The Philadelphia Flyers had too much size, too much speed -- and too much John LeClair for the New York Rangers.

LeClair scored his 34th goal and assisted on another as the Flyers beat the Rangers 4-3 Thursday night to tie the New Jersey Devils for the Eastern Conference lead with 63 points.

"They're a big team and they're hard to get by," said Rangers coach Colin Campbell, who did not criticize his players after the loss. "Special teams hurt us right off the bat."

The Flyers won an exchange of power-play goals in the first period.

"We came out pretty strong, played the way we wanted, did the things we wanted," said Philadelphia coach Wayne Cashman.

LeClair opened the scoring with a power-play goal 3:33 into the game. Rangers goaltender Mike Richter lost sight of the puck behind his net and Eric Lindros passed it out front to LeClair, who converted from close range.

Brian Leetch pulled the Rangers into a 1-1 tie with a dazzling power- play goal at 7:55. Leetch skated the puck the length of the ice and forced in his own rebound with his skate while lying flat on his back after being hauled down. Leetch's 12th goal of the season extended his point-scoring streak to six games.

Philadelphia took a 2-1 lead on Rod Brind'Amour's 22nd goal of the season, another power-play score. Brind'Amour backhanded the rebound of Janne Niinimaa's shot past Richter from close range.

"We had things in control after the first period," LeClair said. "Then they started dumping it in and putting pressure on us in the second. It felt like a goal-line stand out there."

Nevertheless it was the Flyers who finally scored in the second period. Colin Forbes extended the lead to 3-1 at 16:19 when Leetch was caught pressing in the offensive zone and Forbes scored his fifth goal of the season on the ensuing two-on-one, with LeClair assisting on the play.

Pat LaFontaine registered his 1,000th career point with his 19th goal of the season on a power play at 8:53 of the third period to bring New York within 3-2.

"He finally achieved a milestone," said Campbell. "He competed well against a big-man team and that's been the big question in his comeback."

Dainius Zubrus restored Philadelphia's two-goal lead with his sixth goal of the season at 14:43, but Alexei Kovalev answered 36 seconds later to keep the score close at 4-3.

Goaltender Garth Snow held the Rangers at bay the rest of the way.

"He (Snow) was the big difference, especially in the last seven minutes," said LeClair.