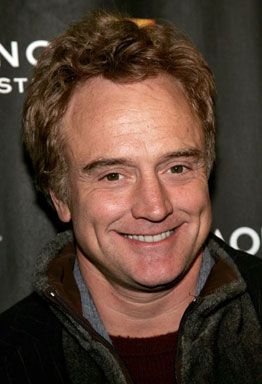 Flu outbreaks are already going strong in parts of the country, months before the season typically peaks, and this year's vaccine does not exactly match the strain doctors are seeing so far, the government warned Monday.

"This is very serious," said Dr. Julie Gerberding, director of the Centers for Disease Control and Prevention. She warned that this flu season could be worse than usual.

The shot is recommended for adults over 50, children between 6 months and 2 years, people with chronic medical conditions and people who work in health care. The vaccine is readily available this year, Gerberding said.

So far this season, the outbreaks were strongest in Texas and Colorado in October and early November. Most of the country has had only sporadic flu infections.

But doctors are worried this year's flu season could be brutal. Not only were the outbreaks early in Texas and Colorado, they involved a strain of influenza not targeted by the vaccine.

The strain of flu showing up this year is part of a deadly group called H3N2, a type of flu that leads to more deaths and hospitalizations than other flu strains.

But because this year's flu vaccine targets a slightly different type of H3N2 flu than patients are getting, doctors have no idea how well the vaccine will work. The virus changes slightly over time, a change doctors call "drift," which is why doctors suggest getting a new flu shot every year.

Gerberding said the vaccine should still protect most people, because the strains are very similar.

"In the past this has happened. It's a very common thing," she said. "Whatever the drift is, the vaccine will still provide some cross-protection, so we're optimistic that will be the case this year, but of course we'll be watching it very carefully."

The flu is a respiratory disease caused by the influenza virus. Symptoms include headaches, body aches, nasal congestion, fever, fatigue, cough and sore throat. The flu can lead to complications like pneumonia and bronchitis, especially for sick patients — like those with asthma.

In an average year, the disease infects up to 20 percent of the U.S. population, killing about 36,000 Americans and hospitalizing 114,000.

It is the seventh leading cause of death in the country, deadlier than suicide or homicide.

The 1918 flu pandemic killed 500,000 Americans between September 1918 and April 1919. It claimed 20 million people worldwide, infecting between 20 percent and 40 percent of the world's population.