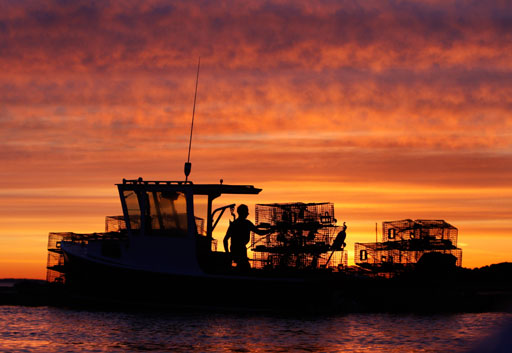 PROVIDENCE, R.I. - New England fishermen who opposed President Barack Obama’s creation of the Atlantic Ocean’s first marine national monument are now hopeful President-elect Donald Trump will abolish it, shrink it or allow some fishing inside it.

While Trump, a Republican, hasn’t specifically addressed the monument, he has said he would undo Obama’s policies that he views as executive overreach.

Obama, a Democrat, has protected more land and water using national monument designations than any other president. The designation can be used to prevent activities such as drilling, mining or commercial fishing to preserve landmarks, natural resources or other areas of historic or scientific value.

“I would anticipate there would be a desire to address monuments,” said Vanasse, executive director of Saving Seafood. “Whether it’s the radical step of revoking the designation, or modifying it to allow non-destructive, sustainable fishing to take place, which we think is rational, I don’t know.”

The new Northeast Canyons and Seamounts Marine National Monument consists of nearly 5,000 square miles of underwater canyons and mountains off the New England coast. Obama created it in September using executive authority under the Antiquities Act, which closed the area to most commercial fishing on Monday.

Environmentalists view the monument as a way to sustain important species, as well as research and reduce the toll of climate change.

“We take the monument very seriously and any threats to it are threats, I think, against the national interest,” said Peter Shelley, senior counsel at the Conservation Law Foundation. “We would take appropriate action if and when anything happened, including making a compelling scientific case to the president for the monument.”

Trump’s spokeswoman and her deputy couldn’t immediately be reached for comment.

Trump criticized Obama for creating the Katahdin Woods and Waters National Monument in Maine in August. The White House said then that Obama has permanently protected more than 265 million acres of public lands and waters - more than any other president. He has created or expanded about two dozen national monuments.

In Utah, a coalition of American Indian tribes is eagerly waiting to see if Obama designates a new monument on 1.9 million acres of land rich with ancient cliff dwellings and other archaeological sites that tribal leaders say need protections. U.S. Interior Secretary Sally Jewell and her team spent several days in the area during the summer, indicating serious interest in the proposal.

It’s unclear whether Trump could unilaterally undo a marine monument designation. It hasn’t been done before. There’s precedent, however, to modify a monument. Obama quadrupled the size of the Papahanaumokuakea Marine National Monument off the coast of Hawaii, also in August, to create the world’s largest oceanic preserve at nearly 600,000 square miles.

Shelley said from a legal standpoint, he’s comfortable the Atlantic Ocean’s monument will withstand any challenge and Obama’s actions were consistent with the law.

Vanasse said he wants Trump to work with Congress to clarify the scope of the president’s authority under the Antiquities Act, so another marine monument isn’t created without appropriate public input.