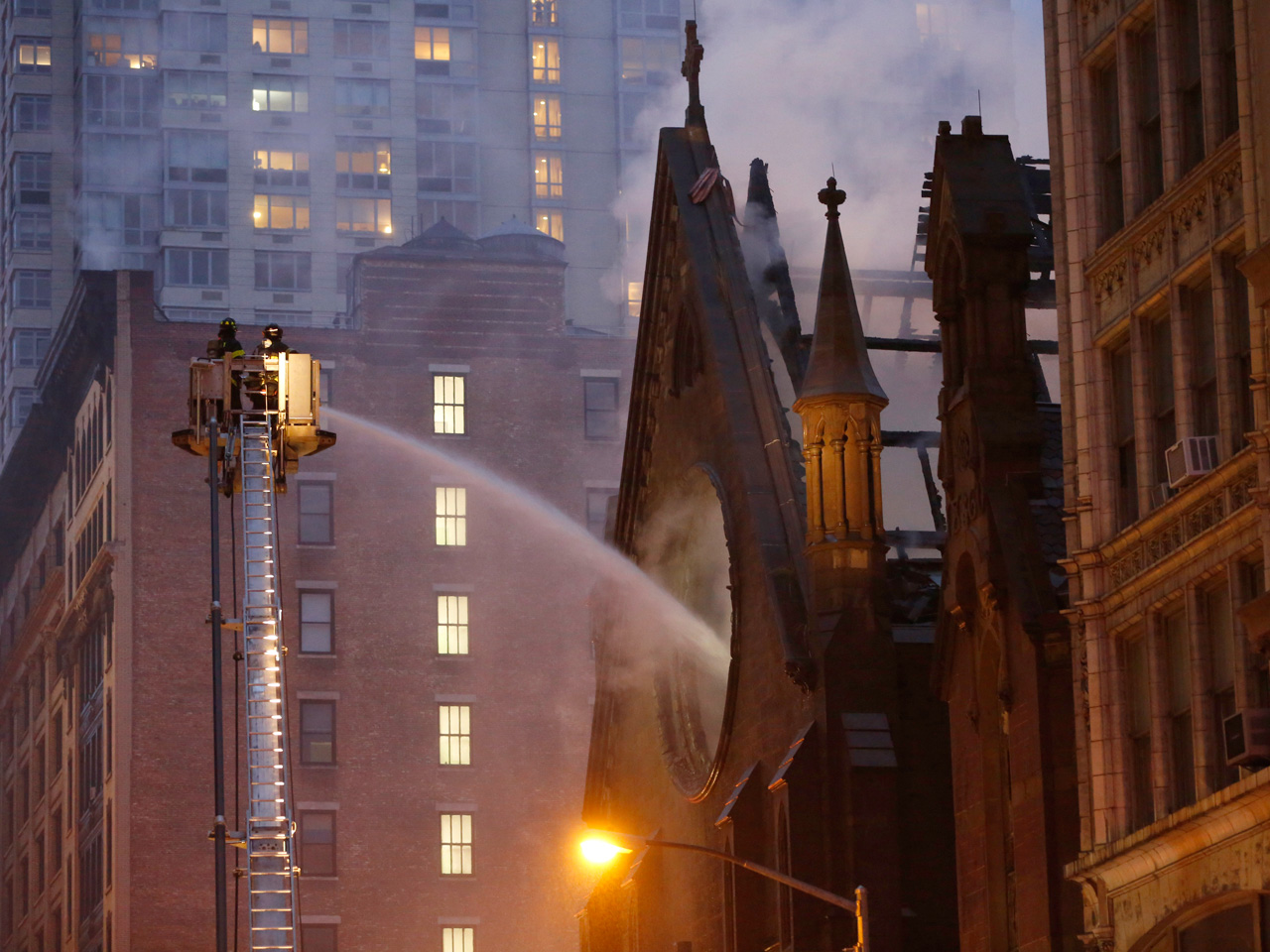 Investigators in three cities are looking into large fires at Orthodox churches that occurred around the religion's Easter celebrations and caused widespread damage.

The blazes in New York City, as well as Melbourne and Sydney in Australia, caused only minor injuries, according to multiple reports.

The New York City conflagration on Sunday at the Trinity Chapel Complex that was host to the Serbian Orthodox Church in Manhattan produced dramatic images of flames shooting through windows that filled social media.

FDNY investigators haven't given any indication yet what started the blaze, reports CBS New York. Only the church caretaker was injured when he rushed in to try and put the fire out, which began shortly after parishioners had wrapped up Easter celebrations at the cathedral.

"My stepfather (the church caretaker) was in there, but he's fine. He just has smoke inhalation so everybody left thank God," parishioner Alex Elic told CBS New York.

"No one has been injured, there is no one reported missing, and that's the good news for today. The bad news is this church has been destroyed by fire," he said.

A church priest, Father Djokan Majstorovic, says he felt like he was "in a nightmare" as he tried to get to the fire scene that was blocked off by firefighters.

The church was built in the early 1850s and was designated a city landmark in 1968.

In Sydney, a large blaze destroyed the Macedonian Orthodox Church in the Rockdale neighborhood on Monday, reports The Sydney Morning Herald. Three firefighters were injured battling the blaze when bricks fell on them as parts of the building separated.

The Guardian reports the Sydney church was around 126 years old.

In Melbourne, the 115-year-old Holy Church of Annunciation, a Greek Orthodox church, was heavily damaged by a fire that was ultimately contained to the roof, reports The Guardian.

While officials have not linked any of the fires, Orthodox religious ceremonies frequently involve lots of candles, leading an Australian worshiper to speculate to the Sydney Morning Herald the causes may be innocent.

"[It's] Orthodox Easter at the moment, and who knows, maybe candles left? Never know," the church member said.