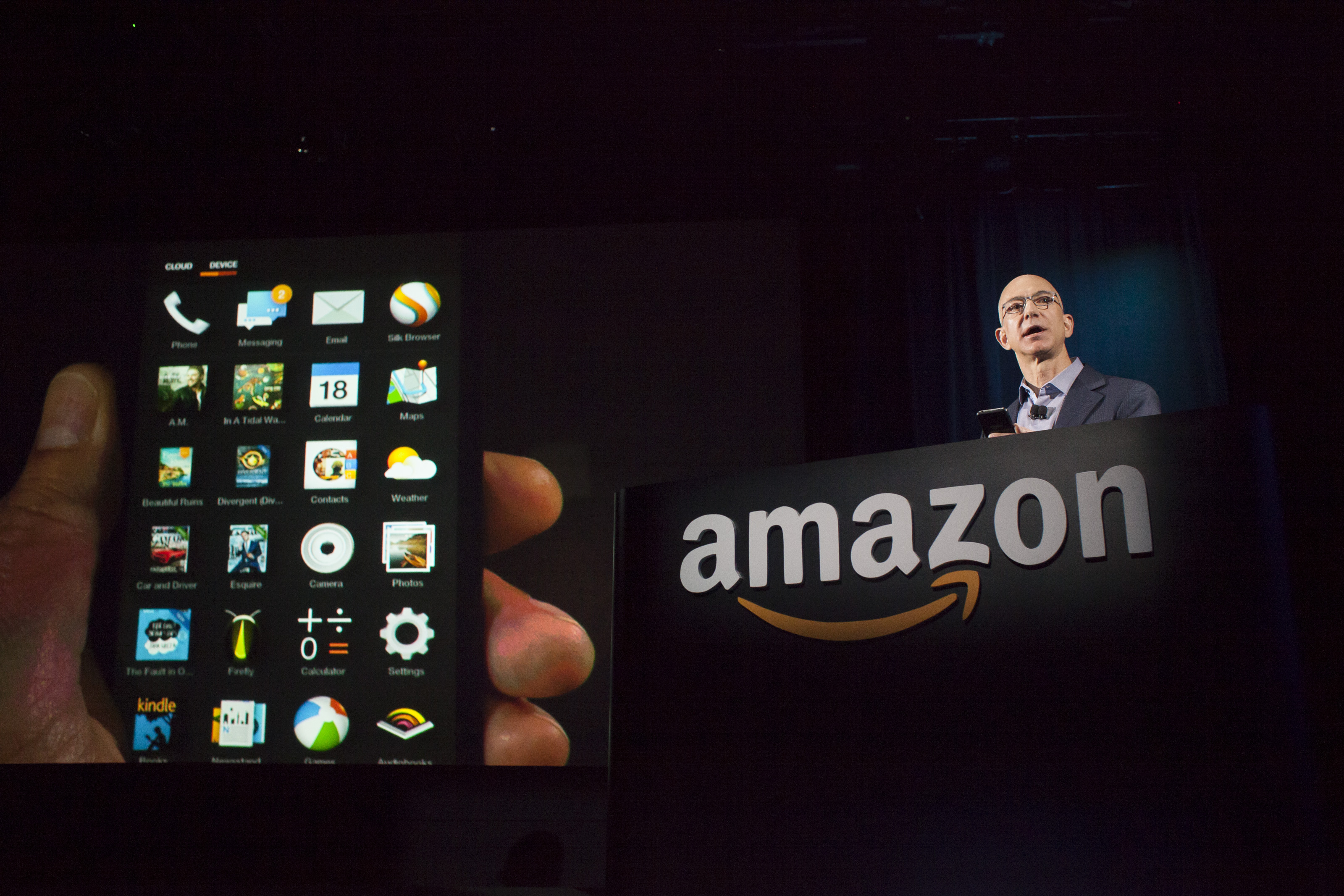 Amazon is leveraging its sprawling array of apps, entertainment, and storage services to entice customers to its newly announced Fire Phone.

For a limited time, the phone also includes a free year of Amazon Prime, the company's $99-a-year service that gives customers access to unlimited two-day shipping on physical products, streaming movies and music, and e-books. If customers already have a subscription, the company will extend it by one year. Amazon's other devices -- the Kindle e-readers, Kindle Fire tablets, and Fire TV set-top box -- are all connected to Prime, which has more than 20 million members.

The online retailer announced the phone at a special event in its hometown of Seattle, to a crowd of about 300 guests. Amazon's extension of its burgeoning hardware line further pits the e-commerce giant against rival tech titans like Google and Apple, and it gives Amazon another way to lock customers into its massive retail ecosystem. The company's strategy has remained the same for all of its hardware: sell as customers affordable devices so they can use to them to shop from Amazon.

Amazon's Fire Phone may test the bounds of what customers consider an affordable device. The 32GB model of the phone will cost $199 with a two-year contract or $649 without a carrier contract, prices similar to other high-end smartphones like Samsung's Galaxy S5 and Apple's iPhone 5S.

The phone will pull together video features like X-Ray, which surfaces information about films and actors -- powered by Amazon-owned IMDB -- while people are watching movies.

The device also offers a new feature called Firefly -- which can be triggered by a button on the side of the phone. The application can scan and recognize items, pulling up a list of actions, like pricing and buying information. The service is more than just a personal shopping assistant. It can also recognize TV shows and movies, and if a user points the camera at a phone number that's, for example, written on a flyer, the device offers to call it.

The phone also ties in the company's customer-support service, Mayday, which connects a user to an Amazon representative via video.

Other apps available for the phone include Netflix, HBO Go, and ESPN. While all of these -- including Amazon's own apps like Prime Music -- are available on other platforms, the company has its own small, but quickly growing app store. Amazon's Appstore currently has 240,000 apps, nearly triple where it was a year ago. In contrast, Apple and Google have more than 1 million apps a piece in their app stores.

Rumors about the smartphone, have swirled around the company for several years. The phone was created at Lab126, Amazon's development facility housed in the heart of Silicon Valley, according to Bloomberg. Code-named "Tyto," the device is one of the unit's longest running projects, possibly going back as far as 2009.

Check out CNET's first take of the Fire Phone here.