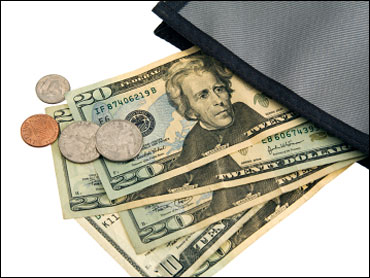 As tough as 2009's been on the pocketbooks of many of us, there could be a silver lining: lessons to take from it that could help you in 2010 and beyond.

On "The Early Show" Thursday, CBS MoneyWatch.com Editor at Large Jill Schlesinger pointed to five that could make a difference:

Always have six months of emergency reserves on hand

• For years, consumers played musical chairs with their credit card debt but, when the music stopped in 2009, there was nowhere to go

• It will take years for consumers to pay down the debt they've amassed -- experts say three-to-four years is probably going to be par for the course.

Special Section: 2009: The Year in Review

Diversification works, after all

• Investors using the time-honored strategies of asset allocation and annual portfolio rebalancing (to get back to their intended allocation) did better than those who owned 100 percent stocks.

• If you held the three total index funds in a moderate portfolio of 60 percent stocks and 40 percent bonds, you were up more than over 3.13 percent over the last decade

Don't stop contributing toward your retirement

• The best way to climb back from losses is to save more!

For details from Schlesinger on these lessons, click on the video below: