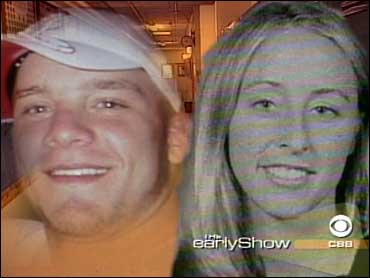 Are all sex offenders treated the same? Does the public take the cases as seriously when the offender or alleged offender is a woman? Many people are asking those questions after several highly-publicized scandals involving female teachers and male students.

As Susan Koeppen observed on The Early Show Thursday, the majority of sex offenders are men, but it's the women who get a lot of the attention.

When a beautiful teacher seduces a student, some people think, "What's the harm?"

But Koeppen spoke with one student who says his "affair" with a teacher left him devastated.

At 15, reports Koeppen, Eickmeyer was a champion wrestler, with dreams of going to a Division I school. But he says all that changed his sophomore year at Hammonton High in Hammonton, N.J., when, he says, he caught the eye of 26-year-old gym teacher, Traci Tapp.

"She asked me my name," Jason says, "and I said, 'Jason Eickmeyer,' and she said, 'Oh, so the rumors are true.' And I said, 'What rumors?' And she said that she thought I was pretty cute.

"It kinda fired me up a little bit, being 15 years old, that's what you wanna hear from a beautiful teacher like that."

Jason says their relationship quickly escalated from hallway flirtation to a sexual encounter at the teacher's home. Jason says he was in love.

"Our dreams were to be together forever and produce the blonde hair, blue-eyed children," he says.

He says he began skipping classes to be with Tapp, and she told him to keep their affair a secret.

But it didn't stay that way for long.

"People always saw me together with her, every day," he tells Koeppen.

Jason says teachers as well as students knew about the relationship, but no one stepped in.

When Jason finally told his mother about the relationship, she reported it to his guidance counselor, who immediately called police.

"It hurt. I mean, he's my baby, he is my youngest son," says Tina Eickmeyer.

Two years after the alleged affair began, Tapp was arrested.

Tina says she's "disgusted" that nobody stepped in to stop the relationship before it was brought to her attention."If it had been a male, definitely, he would have been arrested right away," she contends.

Koeppen says: "We contacted the principal of the high school and the superintendent of Hammonton schools, but neither would comment. This case raises the question: Does our society have a double standard when the alleged perpetrator is a woman?"

"We just don't take it seriously," asserts psychologist Dr. Richard Gartner, who adds such cases are often the subject of jokes.

But Gartner stresses this is no laughing matter, noting that victims of female sex offenders can suffer severe emotional scars, including depression, anxiety, addiction to drugs and alcohol, and sexual dysfunction.

Once an under-reported crime, cases of female sex offenders now make regular headlines, Koeppen says. But do the punishments fit the crimes?

"The reality is that they're just not going to be sentenced to the same kind of lengthy prison sentences that the men get," laments Tony Rackauckas, the District Attorney of Orange County, Calif.

He says he sees this double standard in the courtroom all the time.

"If she was a male teacher, I don't think she'd ever see the light of day again," Rackauckas says.

Tina Eickmeyer couldn't agree more, asserting, "There is a double standard; women can get away with it."

She says her son's relationship with his teacher took a devastating toll: His grades plummeted, he quit the wrestling team, and he was even suspended from school.

"It got to the point," Jason says, "where I didn't care if I graduated anymore, I didn't want to see anybody in that school, I didn't care about going on to wrestle, because all I could think about was her."

Charged with sexual assault, Tapp eventually pleaded guilty to "offensive touching," and walked away with no jail time at all. Her punishment? She was barred from teaching in New Jersey public schools, and had to pay a $225 fine.

"If she was a male teacher and I was a female student," Jason insists, "she would have been put away with maximum penalties. Three years of my life has been taken away because of a relationship, and I don't think justice was served at all."

The Eickmeyers say they plan to sue the school district for emotional damages, claiming the staff knew about the affair, but did nothing.

Koeppen says CBS News contacted Tapp, who declined a request for an interview, but denied having a sexual relationship with Jason.

"Experts say many of these women were sexually abused as children," Koeppen says. "In some cases, these women say they were unpopular as teenagers, and these relationships make them feel cool and attractive."

What are the warning signs for parents that might indicate their child is having a relationship with a teacher?

"If your child is spending a lot of time with a teacher, male or female, outside the classroom," Koeppen says, "that's a major red flag. Look into it."