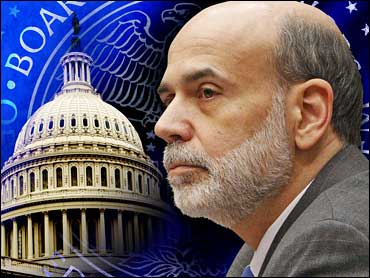 The Federal Reserve has decided to hold interest rates at a record low and pledged to keep them there for an "extended period" to nurture the economic recovery and lower unemployment.

One member - Thomas Hoenig, president of the Federal Reserve Bank of Kansas City - dissented from the Fed's decision to retain the pledge to hold rates at record lows. He believes the economy has improved sufficiently to drop the pledge, which has been in place for nearly a year.

The Fed made no changes to a $1.25 trillion economic support program aimed at driving down mortgage rates and bolster housing. Reports on home sales this week pointed to a fragile housing market.

Fed policymakers said economic activity has continued to "strengthen," the deterioration in the job market is easing and consumers are spending moderately. But they warned that high unemployment, lackluster income growth and tight credit could crimp that spending.

Against that backdrop, the Fed kept its target range for its bank lending rate at zero to 0.25 percent, where it's stood since last December.

Super-low interest rates are good for borrowers who can get a loan and are willing to take on more debt. But those same low rates hurt savers. They're especially hard on people living on fixed incomes who are earning measly returns on savings accounts and certificates of deposit.

Investors were skittish leading up to the announcement, sending the Dow Jones industrial average fell 50 points in afternoon trading - the sixth drop for stocks in the past eight days.

Meanwhile, a 7.6 percent drop in sales of new homes in December brought concerns about how fast the economy is recovering.

The hearing was the latest event in Washington to occupy investors. The U.S. market has been spooked by President Barack Obama's push to restrict trading by major financial institutions as well as concerns that Fed chairman Ben Bernanke might not get confirmed in the Senate for a second term.

Paul Volcker, a former Fed chairman and the head of the President's Economic Recovery Advisory Board, will testify before Congress next week about Mr. Obama's plans to overhaul of banking regulations. Traders will also be glued to President Obama's prime-time State of the Union speech for more clues about his plans to clamp down on the nation's banks.

Meanwhile, a sharp drop in Caterpillar Inc. hurt the Dow industrials. Shares in the equipment maker plunged $4.19, or 7.5 percent, to $51.66 after it issued a cautious forecast.

The yield on the benchmark 10-year Treasury note, which moves opposite its price, fell to 3.60 percent from 3.63 percent late Tuesday.

The dollar rose against most other major currencies, while gold fell.

Two stocks fell for every one that rose on the New York Stock Exchange, where volume came to 664.8 million shares.

Overseas markets fell for a second straight day on concerns about China's move to curb bank lending. The country is trying to prevent speculative bubbles and rapid inflation as its economy continues to grow quickly. A slowdown in growth in China could stunt a global economic recovery.