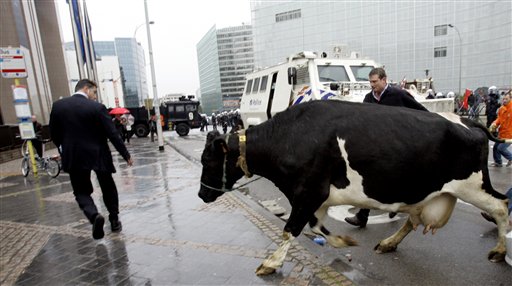 Twenty of 27 member nations demanded more protection from the volatile world market, and Germany led the call for more money. But no EU promise of more funds came at the emergency farm ministers meeting. Several farmers' organizations have demanded the tightening of limiting production quotas instead of their elimination by 2015. To no avail.

"There will be no backtracking," said EU Farm Commissioner of the EU intent to gradually open up European farming to more freemarket rules.