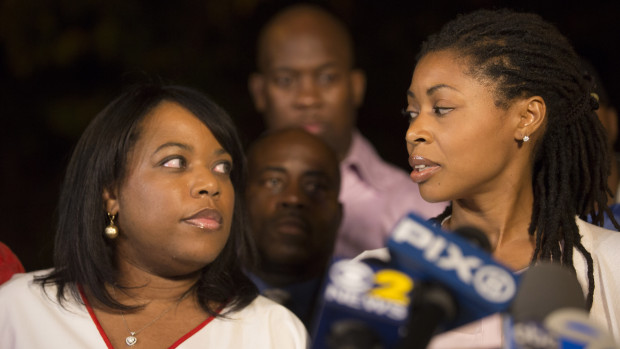 LANHAM, Md. - The family of Miriam Carey, the woman who was killed last October after ramming White House barricades with her car and then leading authorities on a high-speed chase to the U.S. Capitol, is suing the Secret Service and the U.S. Capitol Police, reports CBS D.C.

The New York City-based Sanders Firm, P.C. is representing the family, and recently announced that Carey’s sister, Valarie Carey, has filed a wrongful death claim seeking $75 million, according to the station.

Police say Miriam Carey rammed her car into a White House checkpoint barricade on the afternoon of Oct. 3, 2013, then fled the scene to avoid law enforcement, leading officers through the streets of D.C. toward the Capitol.

The Capitol building was placed on lock-down and Capitol Police issued a shelter-in-place order following reports of shots fired near the building.

A Capitol Police officer and a Secret Service agent suffered non-life threatening injuries during the incident.

Police shot and killed Carey just outside the Hart Senate Office Building, where many senators have their offices.

It was later learned that Carey was a dental hygienist from Stamford, Conn., whose 1-year-old daughter was also in the vehicle during the chase.

Carey had been diagnosed with postpartum depression and psychosis. Authorities say she believed President Barack Obama was monitoring her electronically.

“While the United States Department of Justice continues with its criminal and civil rights investigation, the Carey Family calls for immediate identification and termination of all police officers, supervisors, managers and other related employees’ involved in this matter who failed to order the immediate termination of pursuing Miriam and failed to establish firearms control; thereby, collectively causing the avoidable death of Miriam,” the firm writes in a news release.