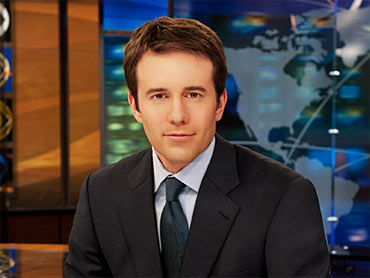 I still remember the day I found out I was going to be a father.

I still remember the day I found out I was going to be a father.

It was last March. My wife called me after leaving the doctor's office. I didn't even know she'd gone in. I thought she was just phoning to see if I could meet for lunch.

My heart skipped. It took me a second to process. I didn't know what to say. I still don't remember exactly what I did. But I know what I felt: pure elation, and joy.

Bringing a child into this world isn't just about joy and happiness, of course. There are inevitable struggles. I've heard more than one person say that raising a child is both the best and most challenging thing you'll ever do. I'm not sure my wife and I would disagree.

Nicole had a relatively uncomplicated pregnancy. She never had morning sickness, though she did have a period where she was getting pretty nasty headaches. The more challenging time arrived when Jack was due, and after he was born. First off, the little guy just didn't want to come out. His due date of November 20 came and went and we had no indication he wanted to move.

The doctor scheduled Nicole for an induction one week after his official due date. We went in late -- on Thanksgiving night, 2009. Jack's persistent wish to stay in the womb continued through the early morning and into the next afternoon. By 2 p.m. an emergency C-section was ordered. Nicole was exhausted. She hadn't slept in a day and a half.

I remember them wheeling her into the operating room. She was scared, and so was I. They directed me to a room nearby and gave me a set of scrubs and a plastic bag where I was supposed to put my street clothes. A nurse told me to get changed. Someone would be back for me in five minutes. In a rush, I stripped down and put on the hospital outfit.

The operating room was right next door. Nicole was on her back, all the doctors and nurses ready to work, surrounding her. There was a sheet in front of her face that blocked our view of the operation. I could look if I stood up, but I stayed next to her, sitting on a stool. I was holding her hand. There was a tear coming down her face. She was telling me not to talk. It was distracting her concentration. I tried to shut up, for her sake.

I remember listening intently for some sort of cry from our baby. I needed him to make a sound, anything. I just wanted to know he was OK. I heard them say the cord was wrapped around his neck -- twice. When I finally heard something, I told Nicole and I bolted upright. I looked over the sheet blocking our view. He was out. He was crying, but it wasn't consistent. I saw him being handed from one hospital worker to another. They took him to a warming station and they started rubbing his hands and legs. I asked them how he was doing.

Thankfully, Jack Thatcher Glor entered this world in perfect health. They weighed him and wrapped him and then handed him to me. I didn't know what to do but I remember vividly what I saw. He was looking up, staring straight at me, eyes wide open, almost jarringly so. He seemed stunned, like he was saying, "Dad, where am I? What happened to me? What happened to that comfortable place I was in? What can you do to help me, right now?"

For the next 20 minutes, I held him, just me and him, sitting next to my wife, while they patched Nicole back up. I rocked him gently and just kept telling him it was going to be OK. He kept looking at me in amazement. I didn't know what to do, but I knew immediately that these were the most extraordinary moments of my life.

Eventually they took him back and sent me out of the room, so I could go downstairs and tell our parents what happened, and so they could get Nicole to the recovery room. I told my in-laws in person and I called my parents on the phone. When I got back upstairs Nicole was already nursing. She looked completely and utterly drained, exhausted, but she said to me, "Honey, he's so cute." Jack and Nicole were bonding for the first time. I was so happy.

The euphoria didn't last forever. Nicole suffered through a series of challenges following pregnancy. It began the same night Jack was born, when her C-section incision re-opened unexpectedly. They had to patch her back up that night and put a new bandage on the wound. The incision re-opened a second time as well, when she got home five days later, spoiling, I thought, our precious return to Jack's new home, the place we bought with him in mind. For a month a nurse had to come every single day to clean and redress Nicole's wound. I felt terrible for her. I wanted to be the one going through this, not her.

That wasn't all. For some reason, supposedly because of the way the pain medication was administered, my wife's left foot was totally numb. She couldn't feel a thing following the birth. The numbness continued for months afterward. The doctors told us she had nerve damage, but they couldn't tell us when, or even if, it would get better. Imagine trying to walk around or tend to your newborn child in those crazy, hectic, intense, first few weeks, when you can't feel part of your leg. Imagine further if you're a fitness instructor, as Nicole is. She had no idea if she'd ever be able to resume her career. She thought all of that might be finished, forever.

In remarkable fashion, Nicole fought through all of it, and even dealt with a third medical complication this past spring, when she had to go back to the hospital for another surgery. Again, I wondered why she was the one who had to go through this.

Today, incredibly, eight months after Jack was born, my wife appears to be in the best shape of her life.

She has, since last November, shouldered the vast majority of the parenting load, much of it necessitated by my unpredictable work and travel schedule. She gets up in the middle of the night without hesitation, forever attentive to Jack's needs. She feeds him, plays with him, loves him.

Between the earthquake in Haiti, the Olympics in Vancouver, and several other assignments, I missed half of Jack's first three months. I'm acutely aware that Nicole has been there almost every minute. She has never failed him, no matter what else is happening.

As has been the case since day one, Jack remains a wonder. On the mornings I'm home, there is nothing better than walking into his room and seeing him smile. He is so happy to see someone when he rises. He holds out his hands and can't wait to be picked up. He has such a happy look on his face. He laughs. He smiles. "Hi!" He seems to be saying. "Where have you been? I've missed you so much! Let's go play!" He has no idea what we've done for him, and he doesn't care right now, but that doesn't matter. He needs us, and that matters.

Jack continues to show more personality every day. He sits up. He's standing now, almost on his own. He's eating baby food. He plays with his toys and loves staring at our big screen TV (even though we feel bad every time he does). He is a beautiful boy. I take pictures and videos constantly. Nicole calls me the paparazzi.

But he has, without question, changed our lives. The way we live today bears little resemblance to what life was like two years ago. Things were so different then. It was all about us. Now so much is about him. He does not stop, save for his short naps, one in the morning, and another in the afternoon.

I realize that none of these thoughts and feelings are totally unique. Our story is not revolutionary. We are not the first people to raise a child. But that doesn't make our experience any less personal or affecting.

And it doesn't make it any less amazing. Having a child is a unique and unmatchable journey. I'm trying to learn and I'm trying to do it the best way I can. I know Nicole is too. For what it's worth, I'm pretty sure she's doing it better.

My mother gave both of us a book after Jack was born, a book of wit and wisdom and parenting advice directed in particular to fathers of newborn sons.

It was filled with all kinds of wonderful nuggets, like "Be around," and "Be his hero."

But finally, and most tenderly, on the last page, it offered this difficult piece of advice, directed 18 years or so down the road, when he goes off to college and officially becomes his own man. It said: "Let him go."

I know it's a long way away, but I already know that will be the hardest part of all.

Staying Slim As You Get Older