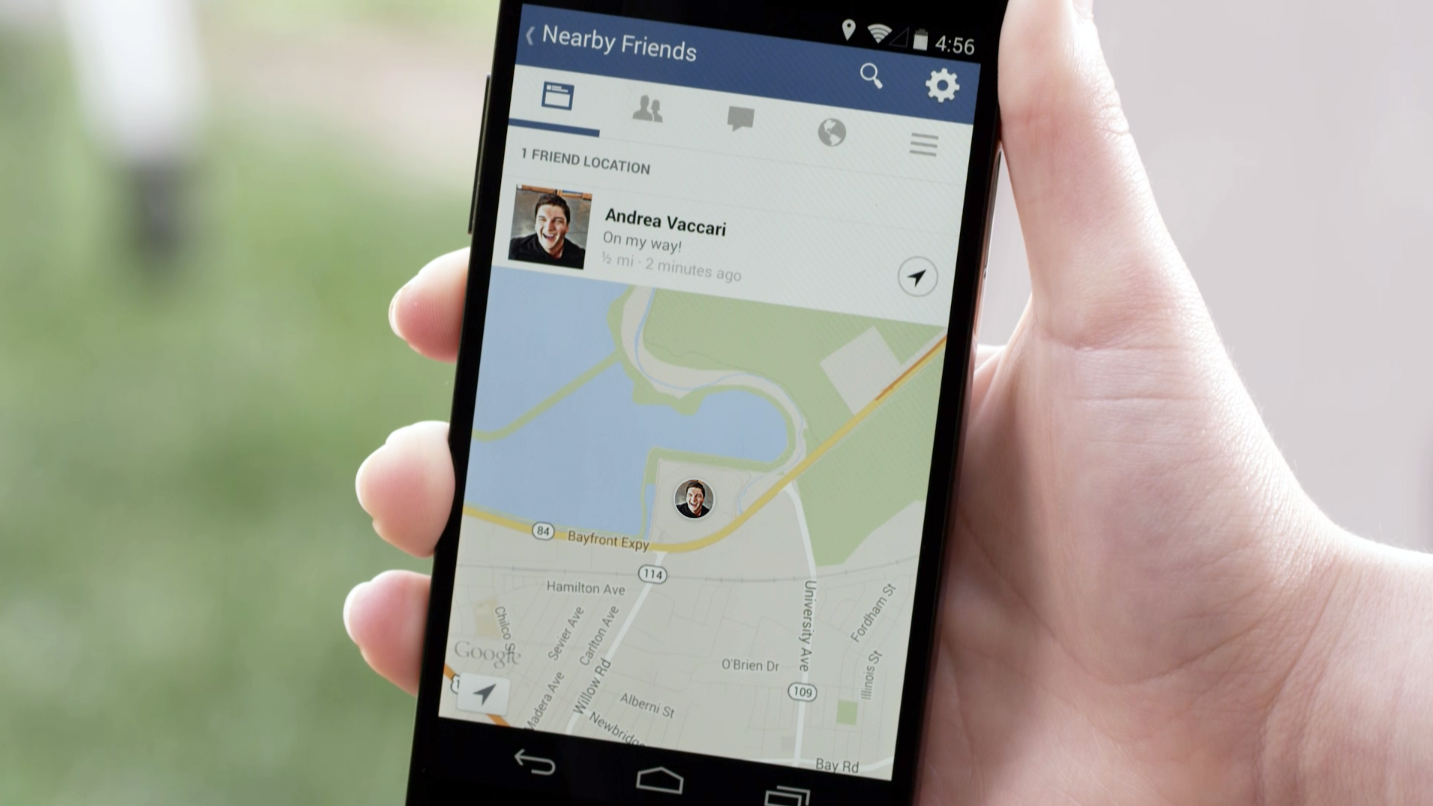 Keeping tabs on your Facebook friends' whereabouts could be as easy as sending a ping. The social network is rolling out a new feature Thursday called Nearby Friends that lets users know if a friend is nearby.

Unlike Places, the feature does not allow users to broadcast your location to the news feed. What Facebook wants is to create opportunities for friends to connect. But it doesn't mean all of your friends will know where you are. Two friends must agree to share location with each other.

The initiator can share a location with a friend for a limited amount of time. If the other person responds, they can choose to share an exact location. Nearby Friends does not allow Facebook users to share locations with strangers.


Vaccari says it is important for the team that people feel comfortable sharing their location, which is why the sharing process starts with an approximate area. He believes the feature will be most used by close friends, and hopes that people will use it while traveling out of town.

Uber self-drives robo-cars out of Arizona after fatal crash

Vaccari says the feature refreshes your location data no less than every 15 minutes. But if you travel to the same places daily, Nearby Friends learns your behavior and is less likely to ping your phone for an update.

Nearby Friends will roll out slowly in the United States first, on both iOS and Android devices.