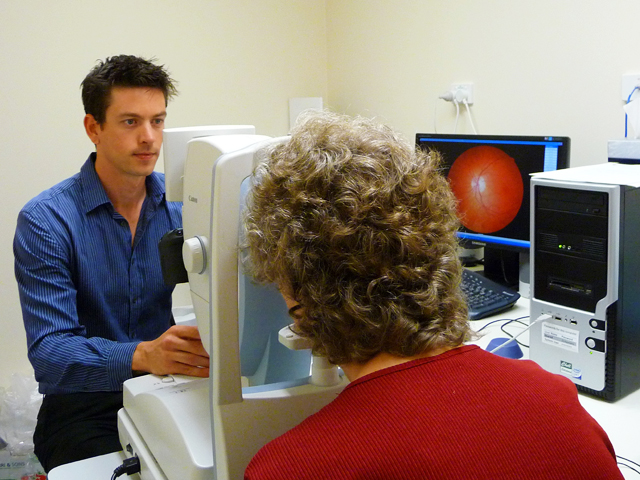 (CBS/AP) Could a simple eye test could be the key to early diagnosis of Alzhiemer's disease? Preliminary research presented at an international conference on Alzheimer's in France suggests that it just might.

The test involves photographing blood vessels in the retina, the light-sensitive layer at the back of the eye. Most eye doctors have the cameras needed to take the images, although the test requires the use of a special computer program, said the preliminary study's lead author, Shaun Frost of Australia's national science agency, CSIRO.

More study is planned on larger groups to see how accurate the test might be, Frost said. But Dr. Lee Goldstein, an Alzheimer's researcher at Boston University who was not involved in the study, praised the research.

"It's a small study" but "suggestive and encouraging," he said. "My hat's off to them for looking outside the brain for other areas where we might see other evidence of this disease."

Eye doctors often are the first to see patients with signs of Alzheimer's, which can start with vision changes, not just the memory problems the disease is most known for, said Dr. Ronald Petersen, a Mayo Clinic dementia expert.

Brain scans can find evidence of Alzheimer's a decade or more before it causes memory and thinking problems, but their high cost makes them impractical for routine use. That's why a simple eye test for the disease could be very helpful to families who need to arrange for appropriate care.

Alzheimer's disease, the most common form of dementia, affects more than 5.4 million Americans and 35 million people worldwide. It's incurable, and the Alzheimer's drugs now available offer only temporarily help for symptoms.