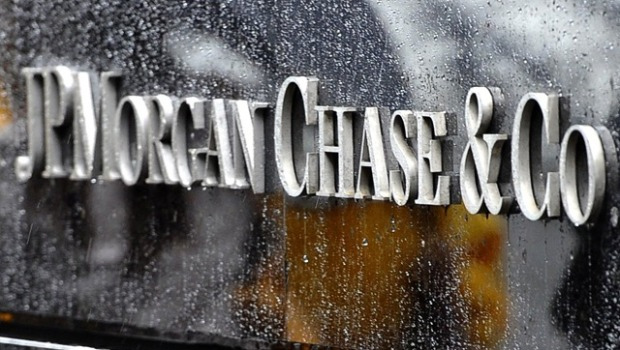 A statement said Spaniard Javier Martin-Artajo, 49, was arrested after he presented himself to police in Madrid after he was located and asked him to turn himself in.

The two were accused of marking up the market value of an investment portfolio to hide its plummeting value. The portfolio eventually incurred a $6 billion loss for JPMorgan, the biggest U.S. bank by assets. For months following its disclosure, the shortfall was attributed to Bruno Iksil, a trader who became known as the "London Whale".

Grout and Martin-Artajo were both based in London when they worked at JPMorgan. Grout is a citizen of France.

U.S. Attorney Preet Bharara said this month they had contacted the two men's lawyers and hoped they would present themselves in the United States.

Martin-Artajo oversaw JPMorgan's trading strategy in London, and Grout, his subordinate, was in charge of recording the value of the investments each day. They were charged with conspiracy to falsify books and records, commit wire fraud and falsify Securities and Exchange Commission filings. They also were charged separately in an SEC civil complaint.

The charges focus on an investment portfolio whose components were supposed to be marked at their market value each day as best as the bankers could approximate. The charges say that from March to May 2012, under Martin-Artajo's direction, Grout began using prices for the portfolio "deliberately chosen to minimize losses rather than represent fair value," the SEC said.

Iksil, unhappy with Martin-Artajo's orders, asked Grout to keep a spreadsheet to track the difference between the manipulated prices and the actual prices, according to U.S. Justice Department's charges.

The "London Whale" accusations have been a heavy burden for JPMorgan, tarnishing its reputation as a risk manager and the favorite of Washington lawmakers. The bank, which is used to coming out ahead of its peers, has been forced to restate its earnings and face bruising hearings in front of Congress.

Nonetheless, even with the trading loss, JPMorgan last year recorded in its biggest annual profit and its stock is up by a third from its pre-"London Whale" price.

Martin-Artajo is scheduled to be brought before the National Court in Madrid as part of extradition proceedings.

Normally, the country seeking extradition has 40 days to formalize the request. The process depends on whether the person involved agrees to be handed over or decides to challenge the order.