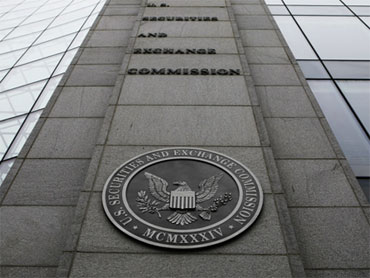 The former chief executive of Delphi Corp. was cleared Thursday of the most serious charges in a civil trial tied to allegations of financial fraud at the auto-parts maker in 2000.

He and former Delphi accountant Paul Free were cleared of fraud but found responsible for bookkeeping errors and misrepresentations to accountants. Separately, Free was found liable on several charges regarding other transactions at the company. The lawsuit was filed by the Securities and Exchange Commission.

"The finding of no fraud is extremely gratifying," Battenberg, 67, told The Associated Press.

Free and his lawyer could not immediately be reached. SEC trial attorney Gregory Miller issued a brief statement, saying he was pleased.

The verdicts "send a clear message that filing false public statements and misleading investors will not be tolerated," Miller said.

The SEC filed a lawsuit against Delphi and its executives in 2006, alleging that the company manipulated its earnings through several schemes from 2000 to 2004, including the concealment of the GM transaction. Delphi restated its earnings in 2005.

Battenberg's lawyer, William Jeffress Jr., said the verdict was satisfying, although "we're disappointed that they found he violated anything."

He said he could ask U.S. District Judge Avern Cohn to consider the evidence and overrule the jury's findings of liability. Free and Battenberg likely face financial penalties.

Two other former Delphi employees, pension analyst Milan Belans and financial accounting director Catherine Rozanski, settled with the SEC in the middle of trial. Belans agreed to pay $87,500 in penalties, and Rozanski agreed to pay $40,000.

In 2006, former chief financial officer Alan Dawes agreed to pay $687,000 in fines and restitution. Delphi was not penalized because of its cooperation with investigators.