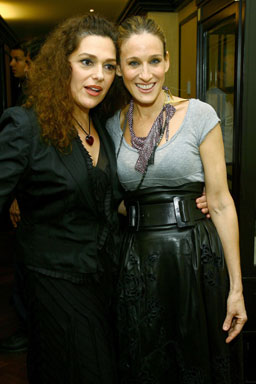 The Environmental Protection Agency said Saturday it would investigate allegations it suppressed a 1982 study showing that a mine producing insulation material was using ore laced with deadly asbestos.

According to The New York Times, the material was used in products like fireproofing and attic insulation. It may have been used in potting soil, as well.

The plant in question, located in Libby, Montana, was closed ten years ago by the W.R. Grace Company, one of two firms accused of poisoning wells in East Woburn, Mass., in the trial dramatized by the book and movie, A Civil Action.

In 1982, the EPA studied the Libby site because of health problems at a Marysville, Ohio, plant where vermiculite from Grace's Montana mine was used in making fertilizer.

The agency's report found 21 percent to 26 percent asbestos in the Montana ore and up to 7 percent in the cleaned material that was turned into insulation. The EPA restricts asbestos use to 1 percent.

But the EPA played down those numbers in a 1983 report to Congress. Critics believe that politics was to blame: Company CEO Peter Grace was close to President Ronald Reagan, appointed by the president in 1982 to head the Grace Commission, which studied government efficiency.

The report resurfaced during a current investigation into health problems among former workers at the mine and residents of the town, who have been dying from lung disease at rates far above the national average.

Grace has said it tried to remove as much asbestos as possible during processing and the products it made contained only trace amounts, far below the 1 percent level.

"Our reports from measuring the ore do not find the same thing that the EPA's results do," said William Corcoran, vice president for public and regulatory affairs for the company, which is based in Columbia, Maryland.

But while the company told CBS News that consumers have not been at risk, it admitted that people in Libby have been harmed.

At least 192 miners or their survivors have died of lung disease and at least 375 more have asbestosis, a restrictive lung ailment. In May, Grace signed an agreement with the EPA to clean up an 11-acre facility in Libby.

Grace says it stopped selling the insulation made with Montana ore back in 1984. But critics say the company and the EPA had already put consumers at risk.

Stephen Levin, a doctor of occupational medicine at Mt. Sinai Medical Center, said, "If the information had become public, it is very unlikely that the public would have purchased this material, knowing that it contained asbestos."

"This is a travesty," said HealthCare Without Harm's Boston campaign directorBill Ravanesi. "The EPA is really supposed to protect people."

"We've asked our inspector general to investigate the validity of this report and whether or not it should have been utilized more prominently by the agency," Cohen said.

"We hope that this will be done as expeditiously as possible," he added. "It's very important to us to find out historically why more was not done with this report."

While in operation, the Libby mine produced 80 percent of the world's vermiculite, a flaky rock that expands when heated and works well as an insulator. Today, vermiculite is mined in South Carolina, Virginia and several other countries.

Most vermiculite is considered safe. The material in the Libby mine, however, was tainted with a naturally occurring type of asbestos.

Agency investigators are also expected to look at whether Grace misled the EPA about the risks of the vermiculite it mined.

Lawsuits filed by workers and residents of Libby have accused Grace of covering up the hazards posed by the mining operation.

In the meantime, EPA is testing consumer products that contain vermiculite, such as potting soil and insulation, to determine if they pose "any unreasonable risk," Cohen told Reuters.

"If they do, we're going to make that information available immediately," he said.