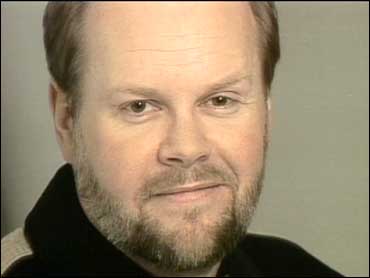 The crew of the space shuttle Endeavour met with reporters Wednesday after completing a mission in which, despite technical problems, the astronauts were able to produce a 3-D map of most of the earths surface.

The radar-generated map will make a ``very good present from 20th century to 21st century people all over the world,'' Japanese crewmember Mamoru Mohri said at the briefing.

After the session with reporters the astronauts were headed to the Johnson Space Center for reunions with friends and family members, reports CBS News Space Consultant Bill Harwood.

"I want to thank everybody for coming out and seeing us land," Commander Kevin Kregel said from the runway. "I guess we put on a fairly nice show, where folks could see us from pretty far out."

Windy weather forced Endeavour to land 90 minutes later than originally planned, but that made the landing more beautiful than usual. Glinting orange and pink from the setting sun, the shuttle was visible in the sky a full four minutes before touchdown.

During their 11-day voyage, Endeavour's astronauts worked in round-the-clock shifts to keep two large radar antennas running -- one in the shuttle cargo bay and one on the end of a 197-foot mast. The method is expected to produce precise 3-D maps of Earth's peaks and valleys.

The astronauts actually accomplished 94.6 percent of their pre-launch goal, collecting measurements by both antennas over 43.5 million square miles for a near global 3D topographic map.

A faulty thruster on the end of the radar mast forced the crew to use extra shuttle fuel to steady the mast, the longest rigid structure ever deployed in space. To save fuel, the astronauts had to cut short their mapping by 13 hours.

At the end of the flight, the 20-story radar mast failed to fully retract into its storage canister, stopping an inch or so short.

NASA scientists guessed the mast parts might have stiffened in the cold of space. Using heaters, the crew warmed the equipment up and retracted the mast fully on the fourth attempt.

``I thought this mission was one of the most challenging, difficult missions we ever undertook,'' said NASA Administrator Daniel Goldin. ``We deployed a 200-foot boom and held the tip to inches. The radar was a few thousand pounds. The technology was incredible.''

Within three hours of touchdown, technicians had unloaded the 326 digital tapes containing the radar data. After several weeks of making copies of everything, the tapes will be flown to the Jet Propulsion Laboratory in Pasadena, Calif.

It will take one to two years to analyze all of the tapes, which contain enough data to fill 20,600 compact discs.

The best maps will be reserved for the military. The Pentagon will use the information to improve the aim of missiles and provide better navigation for fighter pilots and ground troops.

Everyone else -- archaeologiss, geologists, airline pilots, emergency relief groups -- will have to settle for less precise charts.