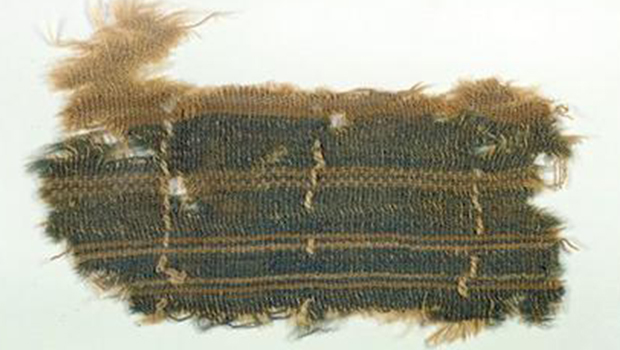 An Israeli researcher says she has identified a nearly 2,000-year old textile that may contain a mysterious blue dye described in the Bible, one of the few remnants of the ancient color ever found.

Naama Sukenik of Israel's Antiquities Authority said Tuesday that recent examination of a small woolen textile discovered in the 1950s found that the textile was colored with a dye from the Murex trunculus, a snail researchers believe was the source of the Biblical blue.

Researchers and rabbis have long searched for the enigmatic color, called tekhelet in Hebrew. The Bible commands Jews to wear a blue fringe on their garments, but the dye was lost in antiquity.

Sukenik examined the textile for a doctorate at Bar-Ilan University and published the finding at a Jerusalem conference Monday.

Astronaut Scott Kelly on capturing an Earth without borders
Thanks for reading CBS NEWS.
Create your free account or log in
for more features.
View CBS News In
CBS News App Open
Chrome Safari Continue
Be the first to know
Get browser notifications for breaking news, live events, and exclusive reporting.