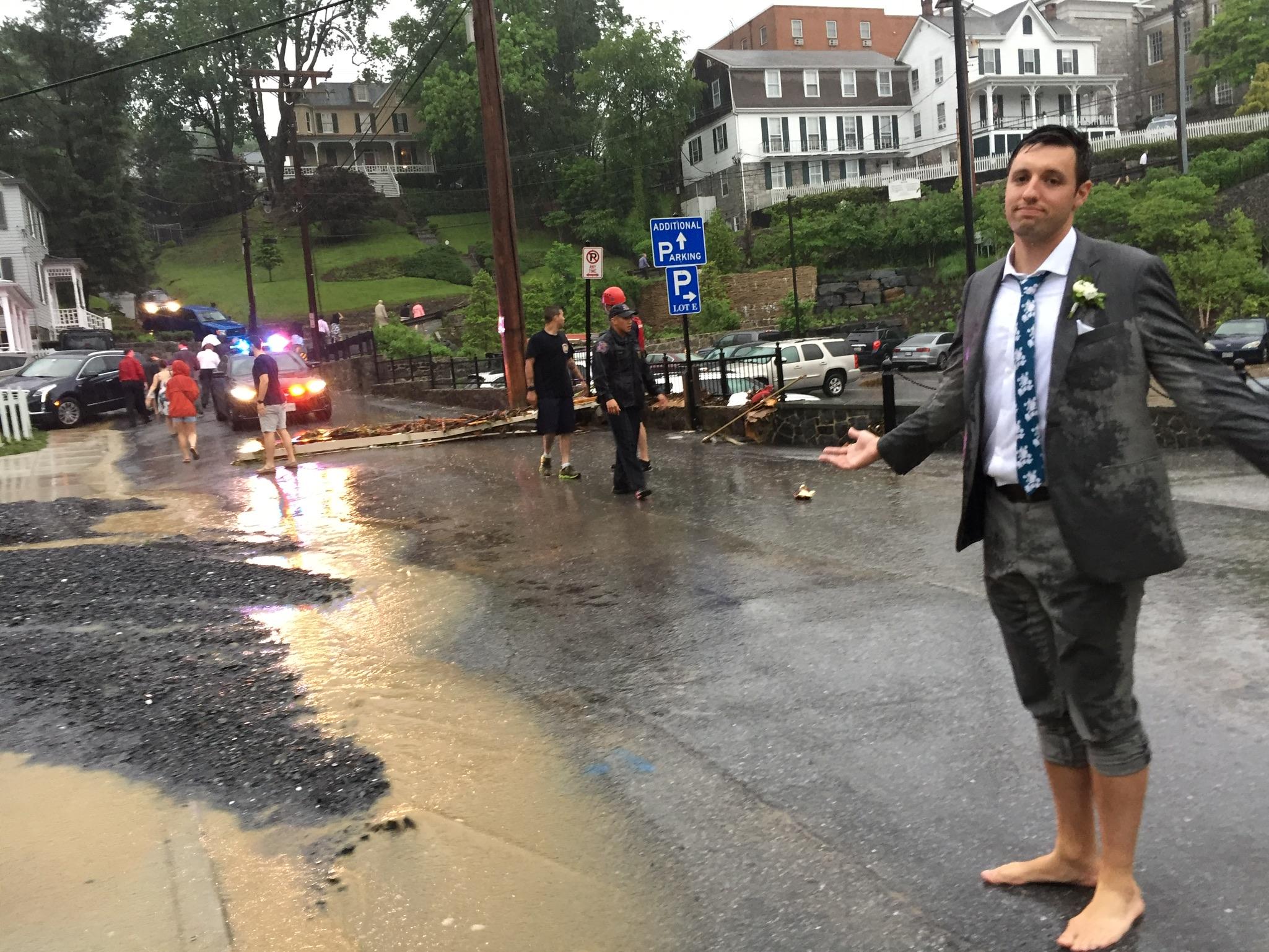 Whoever said it was good luck to have rain on your wedding day probably wasn't talking about Sunday's downpour that caused flash flooding in Ellicott City, Maryland. A wedding party and guests had to race upstairs when floodwaters flowed into the venue, groomsman Mitch Foreman told CBSN.

In a six-hour period, the city received nearly 8 inches of rain, most of which fell during a three-hour window, officials said. The flash flooding sent cars tearing down the city's historic Main Street.

Around 4 p.m. Sunday, just before the wedding was to begin, the deluge sent floodwaters inside the venue, Foreman told CBSN.

"The water was pouring up against the front doors of the venue," he said. "Pretty quickly, we had to scramble."

Everyone was assembled in the bottom floor of the building and had to seek higher ground.

"It was crazy getting upstairs," Foreman said. "We actually had water pouring down the staircase as we were climbing up. We had people carrying kids. We had someone on crutches."

But the water didn't interfere with the bride and groom exchanging vows.

"Once everyone was up and safe, we said, let's get everyone up onstage and let's get these two married," Foreman said.

When search crews found the wedding, everyone was told to shelter in place, he said. But it wasn't long before Foreman and some of his fellow guests had to once again flee to higher ground.

"We saw the waters continue to rise, and at that point we made the decision, there's a clear exit in the back, we've got to get out now while we can," Foreman said.

They climbed a hill and found shelter from the rain on porches.

A GoFundMe page has been set up to help the bride and groom.