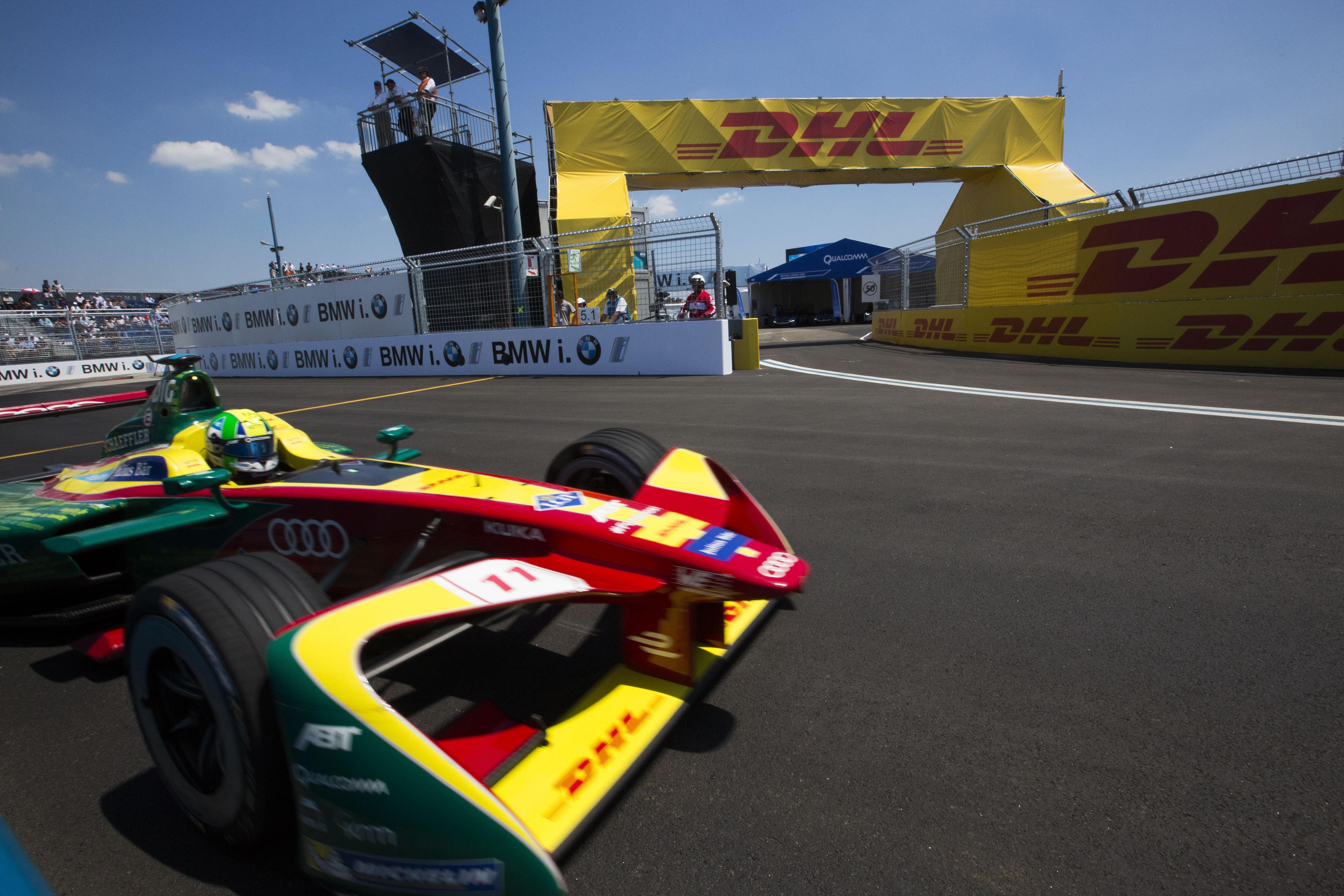 NEW YORK — The roar of the engine was replaced by a furious whirring as the future of motorsports came to Brooklyn.

Formula E took over part of the waterfront neighborhood of Red Hook on Sunday, the second of two race days for the Qualcomm New York City ePrix.

The Formula One-style, open-wheel cars reach speeds of 140 mph but only about 80 decibels, compared with 130 decibels for the cars with combustion engines. Instead of screaming down the straightaways the way F1 cars do, FE cars buzz like giant colorful hummingbirds. And they run clean and green.

The three-year-old FE series is sanctioned by the International Federation of Automobiles, the governing body for Formula One, making the New York City ePrix the first race run by a major motorsports organization in the five boroughs. The street course was squeezed into an industrial area that has become more residential in recent years. Red Hook is known for its microbreweries, food trucks and an Ikea where New Yorkers can buy cheap furniture for their expensive apartments. With the track right next to the Brooklyn Cruise Terminal, the Statute of Liberty had a great view of the starting grid.

Twenty drivers started the race with enough battery power to make it through about 25 laps. They switch cars during the race and the key is energy conservation. Drivers are careful not to lean too hard on the accelerator and can recharge the battery when braking.

"With it being electric, there's no delay from when you put the throttle down to when it gets to the wheels," said Mitch Evans of New Zealand, who drives for Panasonic Jaguar Racing, a new team to the circuit this year. "The energy management in the race is quite unique."

New York is the second-to-last of nine stops for the Formula E series. Previous race sites include Berlin, Monaco, Paris and Mexico City. In two weeks, the series finishes in Montreal. Thousands attended the races in Brooklyn, packing two metal grandstands overlooking the track on Sunday. Not bad considering Red Hook is not the easiest neighborhood to reach by mass transit and it's no place to try to park a car.

"Formula E, with many other people and companies around the world, we want to accelerate that change to full electric to create a cleaner world," Agag said. "A greener world and cleaner cities."

Organizers ran shuttle buses from the Barclays Center, home of the Nets and a major subway hub, to the race site about 3 miles away. There were also ride-share stations, a bicycle valet and water taxis and ferries from Manhattan.

The event drew curious locals and motorsports fans. Comedian Trevor Noah of Comedy Central's "The Daily Show" was among the VIPs who got to walk the track before the race. The Hudson Horns played Stevie Wonder's "Superstition" as select fans strolled across the black top as if it was a weekend street fair, minus the food carts and folding tables full of homemade wares for sale.

At the Allianz Explorer Zone, fans could check out BMW's electric automobiles and Jaguars' I-Pace Concept, an SUV that will be the company's first entry into the electric market. While Formula E aspires to be a highly competitive racing circuit, it is also a means by which automakers can develop electric technology and show off what it can do.

"For us, what's really important is this represents the future," said James Barclay, team director for Jaguar Panasonic. "The car industry is moving toward electrification. We're going through a transition period. It's going to take a number of years. But what is quite clear is we do need to move away from combustion cars for the future.

"It's about learning, developing and proving actual electrical vehicle technology on the racetrack and applying that to make our road cars of the future."

The future of electric car technology is also tied to Washington: President Trump has pledged to revisit fuel mandates tightened by the Obama administration. Loosening those standards for automakers could short-circuit the electric car market.

It is no coincidence this racing series has stopped in big cities, where urbanites see ownership of traditional fossil fuel-powered automobiles that pollute the air as nonessential.

"We go to places where cars are really a problem," Agag said earlier this week.

Jim Overmeyer, 62, made the trip from Islip on Long Island for the New York City ePrix. He said an electric car wouldn't work for him right now but maybe a hybrid would. He said the tight course in Brooklyn gave the ePrix a bit of a go-cart feel. And, of course, the sound takes some getting used to.

"It's certainly a lot quieter," he said. "It's better than what I thought. From what I've seen on TV, it sounds like a bunch of squirrels being tortured or something like that."