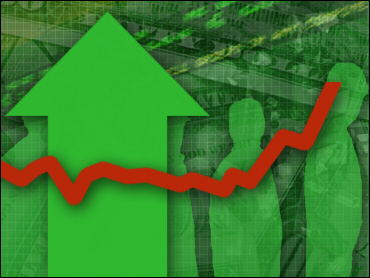 The economy grew at a lively 4.3 percent pace in the third quarter, the best showing in more than a year. The performance offered fresh testimony that the country's overall economic health managed to improve despite the destructive force of Gulf Coast hurricanes.

The new snapshot of economic activity, released by the Commerce Department on Wednesday, showed the growth at an even faster pace than the 3.8 percent annual rate first reported for the July-to-September quarter a month ago.

The third-quarter's showing marked a sizable pickup from the 3.3 percent increase in gross domestic product registered in the second quarter of this year.

GDP measures the value of all goods and services produced within the United States and is the best barometer of the nation's economic standing.

The 4.3 percent growth rate matched the performance posted in the first quarter of 2004. The last time economic activity was higher was in the third quarter of 2003, when the GDP soared at a blistering 7.2 percent pace.

The upwardly revised reading for GDP in the third quarter also exceeded the expectations of business analysts. Before the report was released, they were forecasting the economy to clock in at a 4 percent pace.

Consumers and businesses did their part to keep the economy rolling, even as they coped with elevated energy prices during the third quarter.

The lifeblood of the economy, consumer spending, grew at a sprightly 4.2 percent pace in the third quarter, stronger than the 3.9 percent growth rate previously estimated. The new figure marked the fastest pace in consumer spending since the final quarter of 2004.

Investment in housing construction and other residential projects grew at a brisk 8.4 percent pace in the third quarter. That was up considerably from the 4.8 percent growth rate initially estimated but was down from the 10.8 percent pace registered in the second quarter.

An inflation gauge tied to the GDP report showed prices rising at a 3.6 percent rate in the third quarter, slightly less than initially estimated for the period.

When food and energy prices are excluded, "core" inflation, which the Federal Reserve watches closely, actually moderated. Core inflation rose at a rate of 1.2 percent in the third quarter, a tad less than first estimated and down from a 1.7 percent pace in the second quarter.

The good news on the economy, however, hasn't helped President Bush's approval ratings in polls, which have sunk to some of the lowest levels of his presidency.