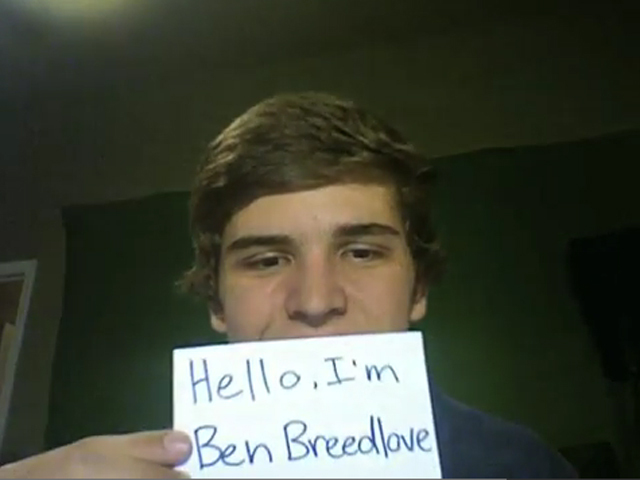 Austin, Texas teen Ben Breedlove died on Christmas Day, leaving behind a touching video on the health problem that took his life -- a video that's gone viral on YouTube.

For more than a year, he'd been cultivating a following on YouTube, offering kids his age advice on everything from dating to the SATs with the wit and wisdom of someone far beyond his 18 years.

But just before Christmas, Ben made a different kind of video, still funny -- but also terribly sad. Ben shared with the world his personal struggle with a life-threatening heart condition and how that challenged him every day of his life.

Ben's video has been viewed more than one million times on YouTube, CBS' Anna Werner reports.

Deanne Breedlove, Ben's mother, told CBS News, "He was about 13 months old. We were referred to a cardiologist and they did some tests and found out he has a condition called hypertrophic cardiomyopathy."

Hypertrophic cardiomyopathy, a thickening of the heart muscle, makes it difficult for the heart to pump blood - and causes chest pain, high blood pressure, and eventually, heart failure. In his YouTube video, Ben detailed how he "cheated death" three times, beginning at age 4 and again earlier this month, when paramedics had to revive him at school.

Ally Breedlove, Ben's sister, recalled, "I found him out on the dock, by our house, and he was sitting out there by himself and I just asked him if he was happy that he woke up and he just said, 'I guess.' And he said that he was so glad to be back with our family, but he just wanted to back in that peace."

Shortly after, Ben returned to that peace. He passed away on Christmas morning while playing in the backyard with his younger brother. His family did not see the video until the following day. It was his last Christmas present to them.

"I'm very proud of him for choosing to be so vulnerable and share something of himself that was so personal," Deanne Breedlove said.

And Ben left his followers and the world with a message of hope.

And it seems, at least on YouTube, the world was listening, and is offering Ben something back through several reaction videos.