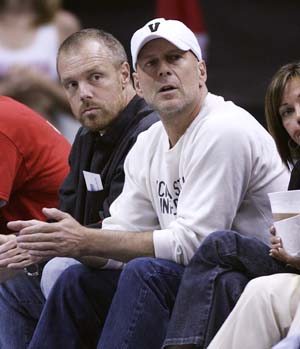 From nearly half a world away, President Clinton called Tuesday for an end to the bloody civil war in the east African nation of Burundi, which has claimed the lives of over 200,000 people since 1993. CBS News White House Correspondent Mark Knoller reports.

In a satellite address to the Burundi peace conference in Tanzania, Clinton urged warring Tutsis and Hutus to end the violence and resolve their differences at the peace conference.

The president said a failure to end the violence could produce a disaster for the people of Burundi -- that could spread beyond its borders.

We have seen how a spark lit in one part of region can engulf the whole, the president said.

The conference is being led by former South African president Nelson Mandela.

It seeks to broker peace between Hutu rebels and the Tutsi-dominated army. The war has displaced 1.2 million of Burundis population of 6 million.

The wars potential for expansion is increased by the civil war in the neighboring Democratic Republic of the Congo, where Hutu rebels supporting President Laurent Kabila have a fought forces backed by Uganda, Burundi and Rwanda.

At one point, Clinton addressed Mandelas own transition form political prisoner to leader of South Africa.

Mr. President, your own life is the most powerful example of letting go of legitimate grievances and harm.

Clinton admitted the situation in Burundi is extremely complicated. It requires courage for leaders to incur risks of peacemaking, he said. Its easy for me -- half a world away -- to tell the leaders they should do this.

Mandela thanked Clinton for his remarks and said, we want the support of the powerful and mighty in this exercisethe more we delay, the more people will be killed.

The former South African president ended the exchange by wishing First Lady Hillary Rodham Clinton well in her campaign for U.S. Senate in New York State. Give my love to Hillary and Chelsea, and tell Hillary we wish her success in the endeavor she has launched now, Mandela said.