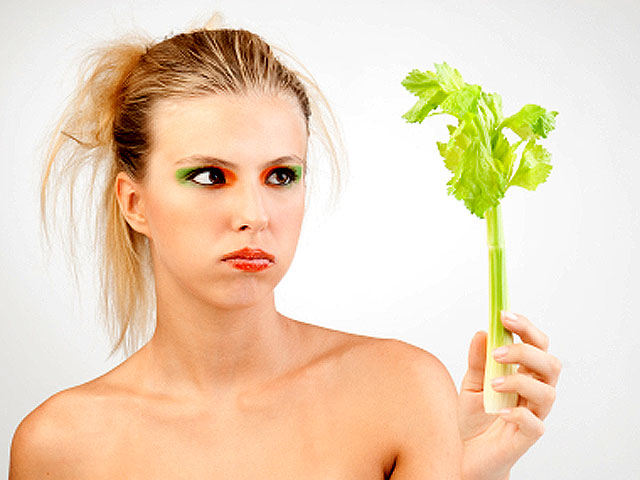 (CBS) It warns of bad breath, constipation and fatigue, but the Dukan Diet also comes with a big promise - to make you thin really quickly.

The diet is named after Dr. Pierre Dukan, a 69-year-old French neurologist whose books have already sold millions of copies and been translated into 14 languages. Dukan's big idea, which he says he stumbled upon four decades ago, is either being touted as an Atkins look-alike or the secret to keeping French women thin.

"It's a high protein, low carb, very restrictive diet," registered dietitian Keri Glassman explained on "The Early Show on Saturday Morning." "The star players of this diet are lean protein, oat bran, and water. And ultimately, it promises that you can eat whatever you want.

"It's very similar to (the) Atkins (diet)," she added, "except it focuses on lean protein, and you are not allowed to have the fat."

Actually, you're not allowed to have much of anything, which might explain why it promises weight loss of two pounds a week.

The diet has four stages: attack, cruise, consolidation and stabilization. In attack mode, you eat nothing but lean protein, a bit of oat brain and lots of water. In cruise, you stick with lean protein, add move oat bran and mix in non starchy vegetables every other day. In consolidation, you get wild and crazy, adding two slices of bread, an apple and a slice of cheese. You also get two "celebratory meals" in which you can mostly eat what you want. After you have lost enough weight, you hit the stabilization phase, in which all kinds of yummy foods like fried chicken and mac and cheese find their way onto the menu.

There's also an exercise component, but it's light enough to appeal to most - 20 minutes of walking a day and no elevators. Hope you don't work in the Empire State Building.

What do the experts think?

"This is just another one of those diets invented by a charismatic individual who makes a lot of promises and has loads of testimonials but is not based on any scientific data whatsoever," Frank Sacks, professor of cardiovascular disease prevention at Harvard, told the Times.

But that hasn't stopped Dukan from energetically bringing his pitch to America.

"My dear friends, today I am reaching out to you with the certainty that I can help you put an end to the inevitability of weight problems in North America," he wrote in the preface of the American edition, according to the New York Times.

With one third of Americans struggling with obesity and type-2 diabetes on the rise, helping us drop a few pounds would be a welcome piece of cross-Atlantic good will.

Perhaps it's worth putting up with some bad breath and constipation.

WHAT DO YOU THINK?
Does the Dukan Diet make sense or is it just another unhealthy fad?