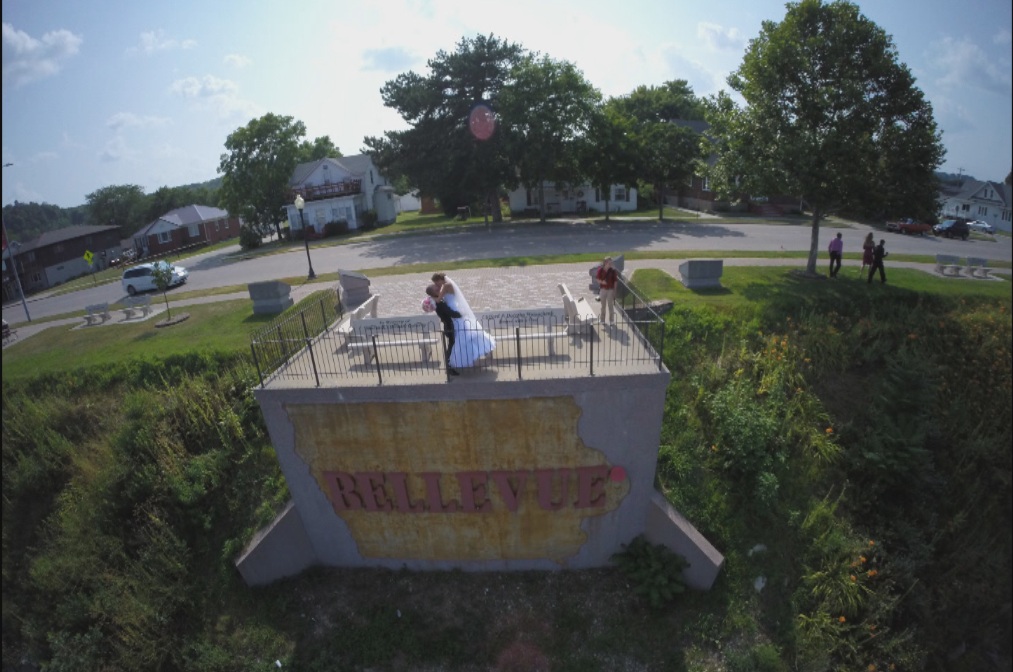 Would you be willing to say "I do" with a drone overhead?

Some couples are taking wedding photography to new heights by employing drones for their shoots, but using the technology for matrimony may be flying in the face of the law, CBS News correspondent Adriana Diaz reports.

Emily Sieverding and Chad Feller both grew up in the same small town in Iowa. When they got engaged, they wanted their wedding celebration to stand out.

"Weddings here are pretty typical; you got the same places and same thing, and this will just bring something new that nobody here has done before," Feller said.

The couple hired Dale Steirman as their wedding photographer after they saw one technique Dale used to capture the big day.

"We saw it on Facebook, seen pictures of it, the wedding he did up there and thought, that's kind of neat, we should email him make sure he brings that to ours," Feller said.

So Emily and Chad invited one non-traditional guest to their wedding last weekend: a drone.

Dale is one of the first wedding photographers in the country to use a drone equipped with a camera to take wedding photos.

"Our brides absolutely love it," Dale said. "They are getting one of a kind images that can't be taken without it."

Dale understands when people hear drones, they may think of war zones, not weddings.

"That's why we changed our terminology slightly to 'quad-copter' when we introduced it," Dale said. "When you mention the word 'drone' people are like, 'oh no!' But you explain to them, 'it's a quad-copter with a little camera' and it sounds a little more personal and a little less high-tech and out of this world, really."

But the regulation around drones remains murky. The federal aviation administration guidelines say that drones need to fly below 400 feet, avoid flying over populated areas, and not be flown for business purposes. Without permission from the FAA to fly a wedding drone, they're technically illegal.

In June, New York Congressman Sean Patrick Maloney drew criticism after it was disclosed his wedding photographer employed drones. The congressman sits on a committee that oversees the FAA.

"We're not here to snub our nose at the FAA, we want to do it safely," Dale said. "We don't do it near airports and hospitals."

Photographers like Dale insist drones enhance their ability to get the best shot.

"We try to capture different lighting and different angles," Dale said. "When we got it up in the air and we saw what we could do with it, I just knew the angles were gonna be remarkable."

This wedding season, drone photography gives the bridal rhyme 'something old, something new' a new meaning from above.

"Definitely always imagined the big church wedding, with the whole family and stuff," Sieverding said. "Never thought that a drone would be present taking pictures."