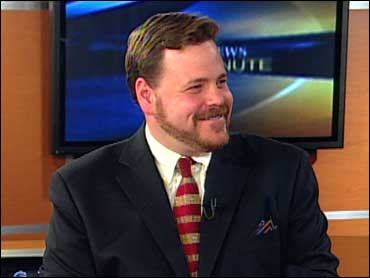 The Dow Jones Industrial Average has reached 13,000. But some experts are concerned - not enthusiastic. Ray Hennessey, Editor of SmartMoney.com, weighs in.

A quick rise in the Dow is highly unusual, and this rise came surrounding some unusual events. "This is probably the most improbably rally we've had in the Dow... In a long time," says Hennessey. The 1,000 point rise that lead the Dow to 13,000 came just 8 weeks after the world sell-off and just 6 months after the Dow hit 12,000. "It does come at a time when earning expectations were so low," says Hennessey. "We may have talked down this quarter so much that all of the companies had no choice but to do better than expected. "

Investing is affected by a sudden rise in the Dow as well. "If you're investing based on where you think interest rates are going, then what you [want to see] is the economy slowing down, the housing market [slowing]," says Hennessey. "These are things the fed likes to see if they're going to be lowering interest rates because it keeps inflation down."

Some experts are predicting the Dow will hit 14,000 by the end of the year. Hennessey feels that isn't the case. "I don't think we will, and if we do, I think it's a sign that we're going really too far too fast... The rest of the year could be pretty choppy."

For more information on this and other personal finance tips, click here.